Bernie Ecclestone slams Formula One’s regulations as “silly” and “mad”, as the series’ supremo feels they prevent drivers from racing.

From the knockout qualifying debacle to the furore over radio restrictions, from complaints about the lack of consistency in the enforcement of penalties to how complex the regulations have become, the F1 rulebook and decision-making process has come under heavy criticism this year.

The latest controversy has been about Max Verstappen getting away without any sanction after his robust driving and defending at last weekend’s Belgian Grand Prix.

Talking to Sky Sports F1, Ecclestone thinks the current rules are too punitive.

“We need people to race and it’s really how silly the new regulations have stopped the racing,” the 85-year-old said.

In a reference to drivers facing double-digit grid drops when they use too many power unit components, Ecclestone added: ‘Don’t go over the white line’, ‘Don’t do this’, ‘Don’t do that’, ‘Start at the back of the grid because you’ve changed this part”. It’s all mad.”

Red Bull has work to do to catch Ferrari - Ricciardo

Alfa Romeo to run Kubica and Ilott in FP1 in Austria 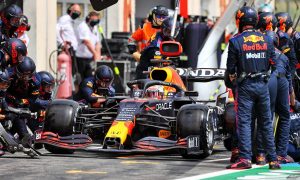 Brawn: Red Bull 'quite brave' to go for second stop while leading