Sebastien Bourdais will miss the remainder of the 2017 Indycar season after his massive crash in qualifying yesterday for the Indy 500.

The Frenchman was on the third of his four-lap quali attempt when his Dale Coyne Racing-entered Dallara got loose through Turn 2, sending Bourdais into the wall at high speed

The 38-year-old sustained injury to his pelvis and right hip but was successfully operated on at Indianapolis' Methodist Hospital.

"That was great news," team owner Dale Coyne told Motorpsort.com, "because they had expected it to involve two separate operations.

"He’s a strong guy, very fit. That helps. IndyCar flew Claire [Bourdais’ wife] in last night, so that was great.

"Sebastien came out of surgery at 10.40, and about 20 minutes later his surgeon came down and told us it had gone really well."

Bourdais' impact was massive but Coyne was quick to underline the strength of the Dallara chassis.

"It’s not so long ago that a hit like that would have been fatal," he said.

"It was a 118G hit, and yet the car did its job. There was no intrusion from the components, and the panel that was added to the car when Justin [Wilson] had his hit in Fontana [in 2013] and broke his pelvis did what it was supposed to do and gave the seat more of chance to absorb a lot of energy."

Coyne has named Australian racer James Davison as Bourdais' replacement in the #18 car, but it's not sure yet if the Aussie, who has just four Indycar starts under his belt, two of which were at the Indy 500, will keep the seat for the remainder of the Indycar season while the Frenchman is on the mend.

"We’re told he’s going to be six to eight weeks on crutches and then there’s rehab. So yeah, that’s it for the season.

"It’s sad for Sebastien that it came when we were looking really good. I mean, I thought he was the class of the field here all week.

"We were strong in traffic in practice, and we were superquick without a tow, as well.

Bourdais was on the verge of securing the fastest average speed of the day before the mishap.

"He was at 239mph on the straights, and the lap time was over 1mph more than anyone else had done. We were looking really good for taking pole today.

"But when we spoke before surgery, he remembered everything. He said the car had wiggled a bit in Turn 1 so he knew he was on the limit and then he just drove it in a bit too hard in 2."

“Want to win a trackday experience? All you have to do is subscribe to our FREE newsletter HERE”

GALLERY: All the action from Barcelona on Sunday

Maldonado not ruling out F1 comeback despite refusing 2017 opportunity 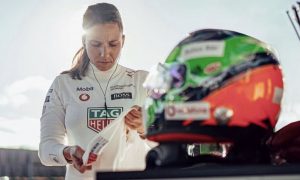 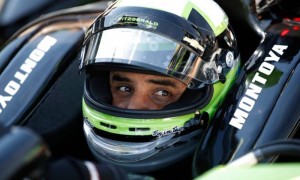 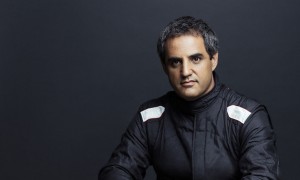