Volkswagen will be sending  an Audi representative to an upcoming meeting hosted by the FIA to debate the future of the sport's engine regulations.

That is the claim of the German-language Spox.com, which says the meeting will take place in Paris on Friday to discuss what the next engine formula might look like beyond 2021.

Tasked with shaping the future of Formula 1, sporting director Ross Brawn is still in the process of defining overall concepts, among which figure the future architecture of tomorrow's F1 power unit.

FIA president Jean Todt has already ruled out a return to the more popular and louder V10s of the past. But the Frenchman is open to change.

"I realise this is a sensitive subject," he told the Italian newspaper La Repubblica.

"F1 is the flagship of the motor sport industry, and it must be in line with the technological developments of the industry."

"On the other hand it must be a balance to keep it sustainable. The machines today are too sophisticated." said Todt.

He also thinks the current cars are too expensive, although Red Bull chief Christian Horner thinks the emphasis of the next F1 engines should actually be the sound.

"The best sounding car in Melbourne was a 12-year-old Minardi that had the worst sounding engine then and was hopelessly uncompetitive," mocked Horner, referring to the old Minardi's demo laps last weekend in Australia.

Even Toto Wolff, boss of Mercedes who have dominated throughout the current 'power unit' era, does not disagree.

"If we look into a future generation of engines, I think in the past there wasn't enough emphasis on the sound.

"So if we can combine great, affordable technology with a lot of horse power and a good sound, that would be really ticking a box," he said.

Regardless of Audi's future intentions, as an exercise, team livery artist Sean Bull (https://twitter.com/seanbulldesign) penned a beautiful rendering of what a car from Ingolstadt could look like. Come on Audi, join the party! 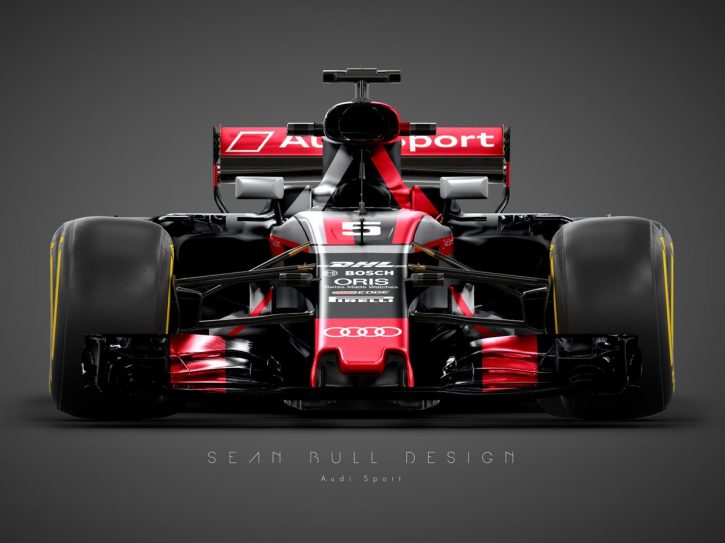 GALLERY: all the pics from Sunday's action

Liberty insists it's not using Nice GP to pressure Monaco

Domenicali in talks with promoters for F1 return to Kyalami