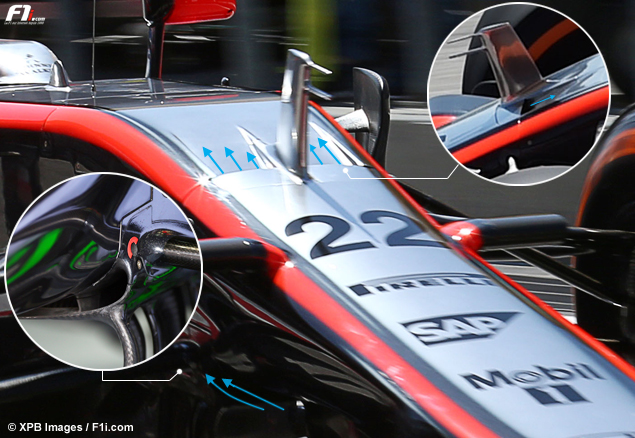 In Sepang, the McLarens turned up fitted with an S-duct, which owes its inspiration to Red Bull. Nothing surprising there, as the team’s chief engineer, Peter Prodromou has a long service record as Adrian Newey’s right hand man, first in Woking and then in Milton Keynes.

Under the nose of the MP4-30, at the left and right extremities, one can note an opening (see the white arrows on the photo taken by XPB images)

This allows the air (blue arrows) to be channelled through an “S” shaped pipe, which climbs up towards the upper part of the nose and opens out on the front cover, at the intersection of the deformable structure and the monocoque itself.

Unlike what Red Bull and Force India have done on their challengers (as shown over the next pages), the MP4-30’s internal duct is split into two. This is due to the vertical winglet located on the car’s nosecone, which contains both an antenna and a Pitot tube. 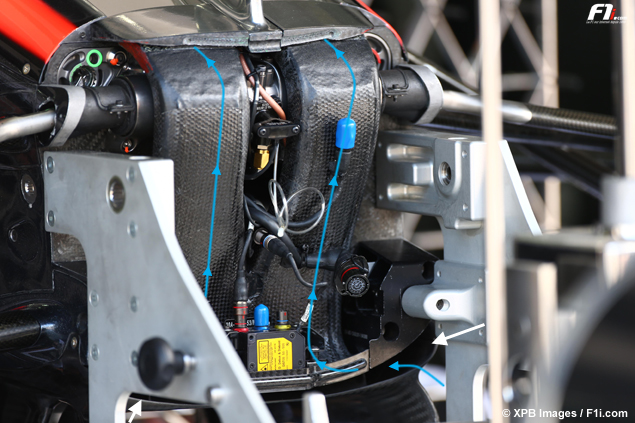