TJI, the acronym for Turbulent Jet Ignition, has been a hot topic on the Formula One power unit front in recent months. With parts of the combustion concept still shrouded in secrecy, Nicolas Carpentiers provides you with illustrations and explanations on this pre-chamber technology. 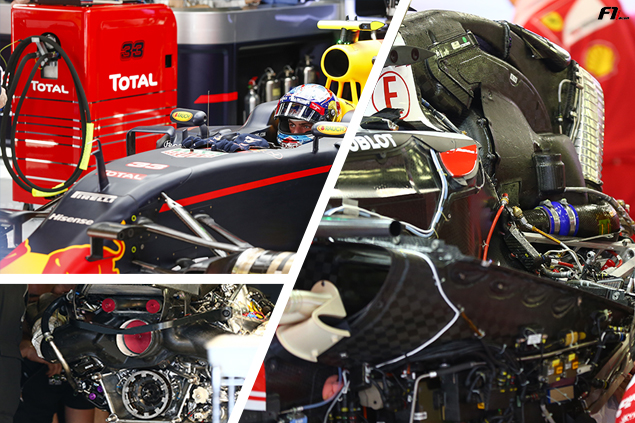 THE QUEST FOR EFFICIENCY

When it comes to increasing the performance of a combustion engine, several parameters can be adjusted and factored in. That’s only in absolute terms though, since the Formula One technical regulations define a strict frame about what can be modified on the 1.6-litre V6 turbocharged power units.

For instance, improving the filling of the combustion chamber could theoretically lead to an increase in the mass of the fuel-air mixture. However, current engine rules come with restrictions on fuel (100kg per race), fuel flow (100kg/h) and injection pressure (500bars). But while fuel flow is limited, this is not the case for the richness of the fuel-air mixture as we shall see later on.

On the other hand, the fuel’s specific energy (J/kg) can be adjusted. Although the rulebook strictly defines grand prix fuel and keep its composition fairly close to the commercial fuels, Total (for Renault), Shell (for Ferrari), Mobil (for McLaren-Honda) and Petronas’ (for Mercedes) F1 products remain quite unique.

“The regulations establish broad guidelines in terms of fuel because it cannot be too removed from the one used in regular road-going cars, but then we are free to play on the proportions,” Total’s assistant scientific director Philippe Girard told F1i.

The compression ratio is a third variable engineers can look at, which is the pressure inside the cylinder. It can change depending on temperature, load demand, whether there is a turbocharger or not. In absolute terms, engine efficiency improves along with the increase in compression ratio: the higher the pressure of the fuel-air mixture, the stronger the power it releases. But there are physical limits: above a certain pressure, the engine runs the risk of failing. That’s why it is tricky to increase the compression ratio in turbocharged units, because of the higher mechanical constraints turbocharging imposes on mobile engine parts (pistons, bearings, crankshaft, etc.) as well as fixed components (crankcase, cylinder head, etc.).

Above all, F1 power unit manufacturers look for ways to increase the compression ratio (and make it close to levels seen on diesel engines). Indeed, a higher compression ratio means more power while it also helps fend off the back pressure generated by the turbine, which propels both the compressor and MGU-H. One can notice there the sophisticated compromises F1 engineers must make on the current breed of hybrid plants. The internal combustion engine (ICE) must be properly turbocharged so it can deliver mechanical power and release hot gasses to the turbine; the latter feeds energy both to the ICE and MGU-H, which must recover energy without hurting the overall efficiency, etc. In order to increase the compression ratio, engine suppliers can for instance modify the shape of the piston heads as well as the combustion chamber.

A fourth variable that can theoretically come into play is the richness of the fuel-air mixture, i.e. the combustible/combustive proportion. The more fuel you add, the more power you get. But given the fuel limit imposed by the regulations, fuel can only be injected sparingly. What’s more, the way the MGU-H harvests energy means the biggest amount of exhaust gas possible needs to be sent to the turbine. In other words, for the hybrid V6 unit to be the most efficient overall, the ICE needs to produce plenty of exhaust gas all the while using the least fuel possible, which means working as a lean-burn engine. This is why manufacturers look to decrease the richness of the fuel-air mixture and establish lean-burn – if not ultra lean-burn – conditions, though we have yet to be given exact figures. 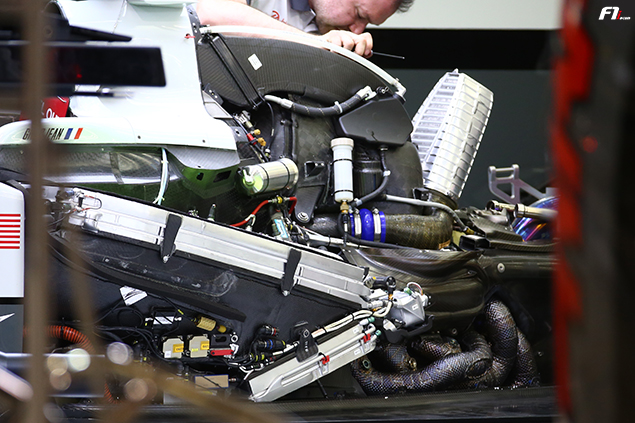 From the cockpit: Felipe Nasr on parallels between chess and F1