They say you shouldn’t talk with your mouth full, but Eric Silbermann risks the wrath of Mrs Manners by having breakfast with a pot-pourri of paddock people.

There’s something about Brazilian drivers, or maybe it should be a broader statement, there’s something about Brazilians. This country has produced a disproportionately high number of world champions and even the ones who weren’t actually that great behind the wheel were still entertaining and engaging characters. Emerson Fittipaldi ticks all the boxes, as a great champion whose enthusiasm for the sport still shines through, even now that he’s heading for his seventies. Maybe it’s because he was still winning major races when he was 49 and maybe it’s because there are plenty of Fittipaldis still racing. I managed to grab him for a short chat before his home race. 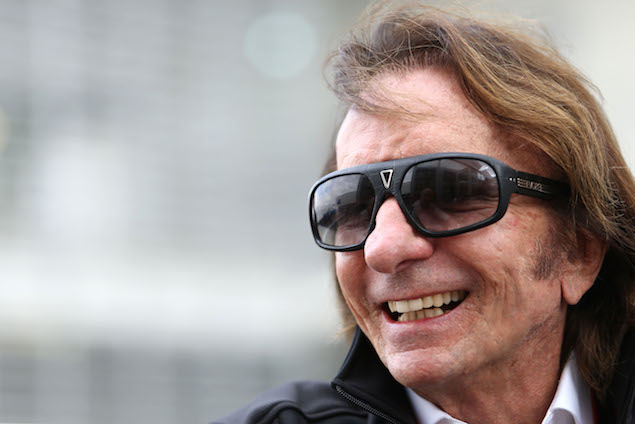 I hear your grandson won in Abu Dhabi over the Mexican GP weekend.

Yes. And our son won in Sao Paolo go-karts, eight years old and he’s leading the championship, which is going to finish this weekend. And Enzo, my other grandchild, who’s 13, was testing a Ginetta in England last week.

So there’s no end to the Fittipaldi dynasty. Today, everyone’s talking about drivers coming into Formula 1 very young, but you went from Formula 4 to Formula 1 in 18 months, didn’t you? What was it like for you, having grown up in Brazil, to suddenly come to England, the home of racing?

If I could be a Grand Prix driver - that was my dream, as a boy living in Brazil. I always say in my speeches, in my presentations, that if I felt if I could drive a Grand Prix car and the next day I died, I would be dying very happy. My dream was to drive a Grand Prix car. When I left Brazil, England was the best place for a young driver to have a chance, to come to the international motor racing scene, through Formula Ford, which at that time was very cheap. I had a Formula Vee that I built myself and I had a pickup which I used to tow it to races and I also had a Volkswagen street car.  And I sold the street car and bought the Formula Ford.

Did you even speak any English then?

I was learning. I rented a room in a guest house, a place in Wimbledon. I remember the name of the family, they were Mr and Mrs Bates. She took care of me like I was their son. They were extremely good to me. And I was working for Dennis Rowland, the engine builder. (Calling Rowland an engine builder is a bit of an understatement. In one year in the late 60s, he was reckoned to have built and sold over 200 racing engines!) In exchange, I was polishing cylinder heads, doing exhausts for Cortina special engines. That’s how I started in England. During the day, I worked in his shop polishing cylinder heads. That was a tough beginning.

"Coming from summer in Brazil into England was... For me, it was a magic moment in my life"

It must have been a completely different culture, the UK.

Coming from summer in Brazil into England was... For me, it was a magic moment in my life - different culture, different food, different weather. Except Argentina and Uruguay, I’d never left Brazil, never went to Europe in my life. I remember it was a British Caledonian plane coming to Gatwick and there were some gaps in the clouds and I could see the green of England below and I was thinking, ‘I want that’.

Let’s go back a bit, both your parents raced - your mother as well as your father?

It was unusual for women to race in the ‘50s.

Yes. It was her and another lady. I remember it even though I was only five. My father raced as an amateur too. He raced motorcycles. He had a huge crash in the 24 hours motor cycle race at Interlagos one year. He was just an amateur as his real job was working as a motor racing journalist and he had a real passion for the sport. 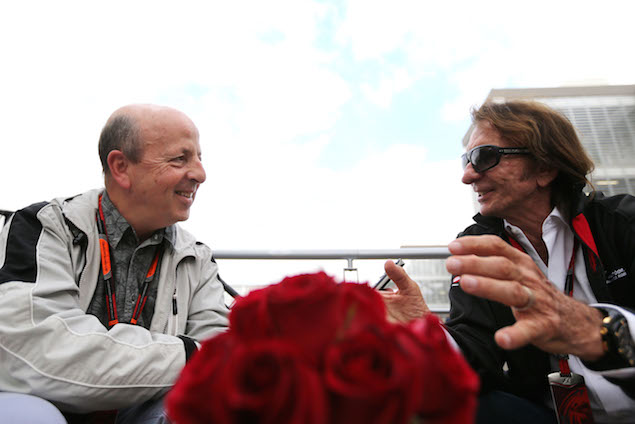 We all know you were named after the American poet Ralph Waldo Emerson, but why?

I’ll try to make a long story very short. My grandfather was Italian and he emigrates to Brazil. After the first world war, he liked President Wilson because he won the war in Europe and so he named my father Wilson. My brother is Wilson Jr. It has no links to an Italian name, it’s American because he was in America, even if it was South America. Then when I was born, my parents decided I could not have a name like Luigi or Giovanni with a brother called Wilson. My mother was a big fan of Ralph Waldo Emerson. She read all the books and said, “Emerson, I like the name.”

All down to your mother.

My mother. My youngest son who races, he’s Emerson too.

Let’s talk about your Formula 1 debut now. I was there at Brands Hatch so I sort of remember it. I think I was a marshal at Clearways. What do you remember about your F1 debut? Because you turned down Colin Chapman, didn’t you? You didn’t think you were ready.

It was at the end of ‘69, Colin called me in October, and Frank (Williams) also called me. It was difficult to say no but I had to say no because I was not ready for Formula 1 and then I asked Colin, I said, “Colin, give me six months of Formula 2 and then I should be ready, then I’ll feel comfortable to drive Formula 1.” He said, “OK, how about the British Grand Prix?” I said, “Perfect.” I tested in Silverstone with Jochen (Rindt.) Jochen was there, he helped me with driving the 49. To me, it was a dream to come to Formula 1 since I was a small boy. It was fantastic. I remember Jochen was so enthusiastic, he was the one holding out the pit-board for me when I was testing the 49. He was really enthusiastic and we raced against each other in Formula 2. He was the king of Formula 2. He was winning everything. 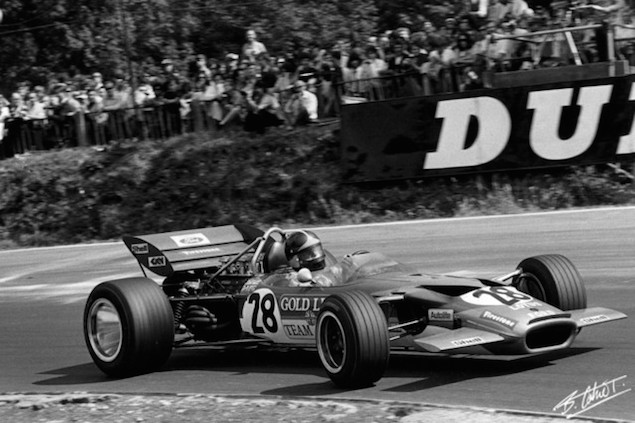 Yes. I won at Crystal Palace!

I used to go there by bus from my home on the other side of London, before I was old enough to drive.

It was such a great circuit.

I won Formula 3 and Formula 2 races there. It was a fantastic track. I love it. Then Brands Hatch was a big day for me, to be with Team Lotus in Formula 1, Colin Chapman, at Brands Hatch; I thanked God that I was here. It was like a dream.

It was a difficult year though, wasn’t it, with what happened? But by your fourth race you were already a winner.

Just to be able to work with Colin, he was so good, he taught me so much about the history of the sport. Colin was very good to me as a new driver. He always took care of me, taught me, explained everything to me. And I had to deliver the results. Then Monza was a tragic weekend because of what happened to Jochen.

You had to grow up very quickly.

After that, I was expecting Colin to get an experienced Formula 1 driver to be number one for Lotus and then he called me and said, “Emerson, we will race in Watkins Glen.” John Miles retired. Then I was by myself. He said, “You’ll be the number one driver.” I said, “Number one driver?!”

It was a big responsibility. You drove probably two of the best F1 cars ever - the 72 Lotus and then the McLaren, the M23. 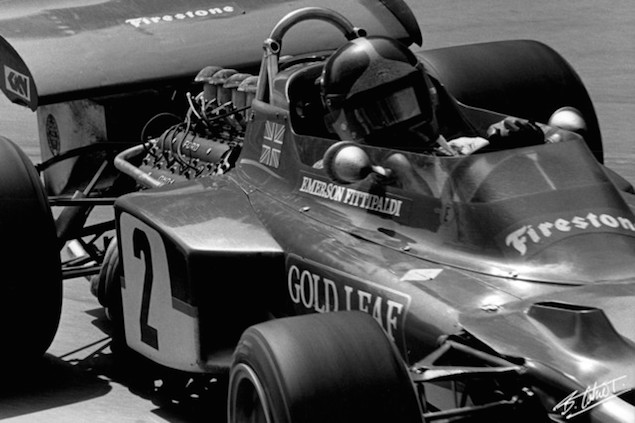 What’s it like for a driver when he gets in a car for the first time and realises that he’s sitting in something special? Did you know the moment you sat in that car that you were going to maybe win the World Championship?

No, but when I won Watkins Glen, it was the first time I drove the 72 in a race. Earlier, I crashed one in Monza, a brand new one, my mistake, a big mistake at the end of the straight, I missed the braking point. Then I realised I had a fantastic car to race. But 71 was a very tough year for us because we had slick tyres for the first time (introduced at Montjuich Park, for the Spanish GP) which brought a big improvement in terms of grip and the suspension, but the car was moving a lot and I could not get it working properly. It was very disappointing. Only at the end of the year, one of the last races, in Brands Hatch, the Non-Championship race…

Yes when Jo Siffert got killed. That was the first time the 72 was working properly in 1971. That was like the projection for next year, the car was very good.

Can I ask you just quickly before you go, about the old Interlagos? They’ve changed the circuit again, they’ve improved the paddock facilities, which is nice for us. Tell me what it was like - that old circuit with that massive long straight and everything - you needed big balls, didn’t you?

It was fantastic. Five miles, eight kilometres, one lap. Uphill corners, downhill corners. Turns 1 and 2 were similar to Indianapolis, extremely fast. There was a big banking at the end of the straight and it was so much fun. That’s where I started racing motorcycles. It was a fantastic track. But it’s true the new track now, technically, is still a very good track to drive, fun to drive. 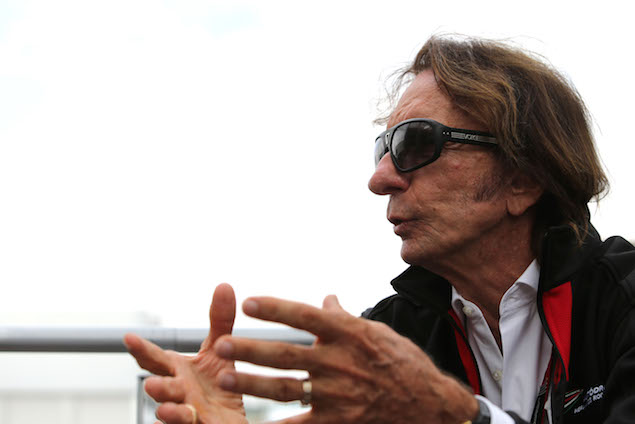 Click here for more from Eric Silbermann's breakfasts in the paddock

Places Alonso would rather be

Places Alonso would rather be