Pirelli has released F1 teams' tyre selection for next week's Australian Grand Prix in Melbourne, and choices are heavily weighted towards the Ultrasoft tyre.

Formula 1's exclusive tyre supplier has gone one step softer across its entire range after adding two compounds - the Hypersoft and Superhard - to its selection.

For Australia however, drivers devised their allocation from the nominated Ultrasoft, Supersoft and Soft rubber, with teams allowed a free choice for 10 of their 13 sets.

The Ultrasoft appears as the overwhelming compound for Mercedes, Williams and McLaren, which have chosen nine sets each, while the bulk of the teams have selected either eight or seven sets of the purple-rimmed tyre.

Ferrari in particular, and Renault, have opted for a more conservative approach, choosing just seven sets of the Ultrasoft rubber. 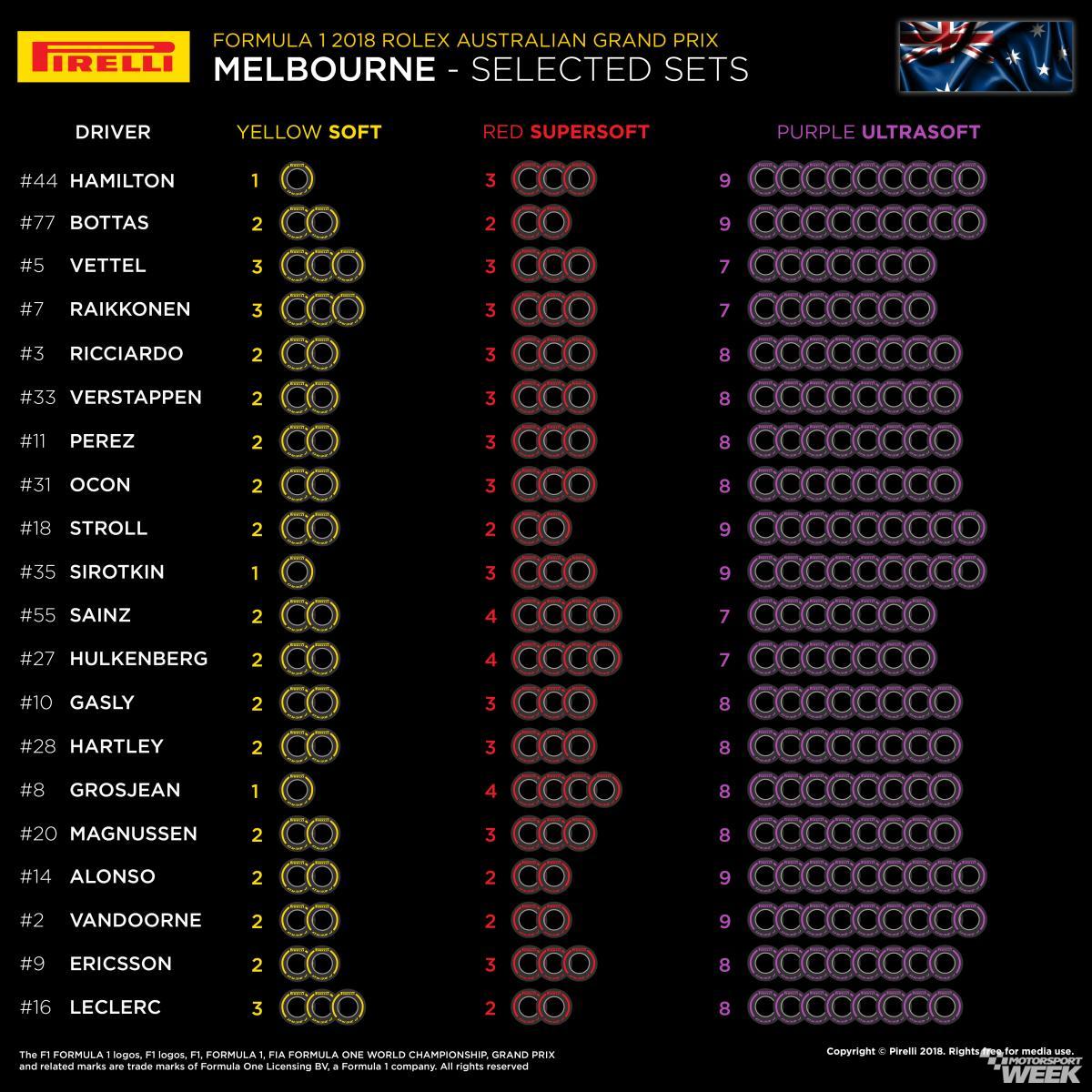 Bottas: The tools and the mindset to win the title

Hulkenberg in action with Aston Martin in Budapest