Honda is likely to stick with its current power unit layout for its 2016 design despite the difficulties it has faced this season.

The McLaren MP4-30 was launched at the start of 2015 to great fanfare over its “size-zero” design. The tight packaging is the result of the close collaboration between McLaren and Honda regarding the power unit layout, but the car has proven to be off the pace at the majority of circuits and the power unit unreliable.

Speaking exclusively to F1i, Honda motorsport boss Yasuhisa Arai says the belief is the failings of this year’s power unit can be rectified without a complete overhaul of the layout.

“Looking at this year and next year, we’ve already gone in to a plan on how to make it better based on the current layout,” Arai said, speaking via a translator. “The final plan may come in winter but we are already on it.

“It will be the base we work from because it’s the layout we’ve worked on from scratch with McLaren. We think there’s the possibility there, that’s why we fixed on that layout. So there is more potential to be had.”

And Arai says Honda will still use its remaining development tokens on its power unit before the season is complete.

“There is no concrete plan of when we will be using them, but we still plan to use them.”

Williams can get close to Mercedes - Bottas

Rosberg and Mercedes finally crack it in Shanghai!

Hamilton admits leaning towards another year in F1 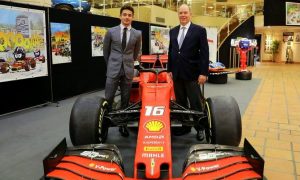 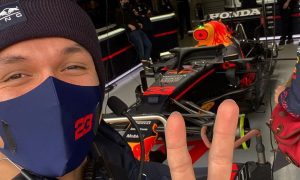