In the latter part of the race, as the Force India drivers ran nose to tail, hot on the heels of Red Bull's Daniel Ricciardo who was third, Ocon asked the team to swap positions as he felt he had the speed to attack the Australian and deliver a podium finish.

It was a 'hurry-up' message that Perez did not want to hear however as the Mexican refused to yield the spot to his team mate, pleading to his team to "let us race".

We talked about swapping them around, but Sergio wanted some time as Ricciardo was coming up to lapped traffic," Szafnauer told Sky Sports F1.

"We agreed to that, and while we gave him that time, the Ferraris caught up. It takes two to three seconds to swap 'em, so we then didn't have that time.

"Remember, Sergio had fresh tyres way back, and he couldn't get by him. So would it be the same thing with Ocon… I'm not sure.

"We talked about it on the pitwall, we thought it was a good idea. But we let Sergio have a go, because he's a great overtaker."

After the race, Perez denied he had acted in his own best interest, refusing to be a team player.

"Of course, I'm racing for my team," Perez told NBC's Will Buxton.

"The best I can do is give plenty of points to them, as I have in the past. I think we got the most we could, and Esteban had many laps to overtake me, but he was not close at all.

"I couldn't get Ricciardo, so I don't think he (Ocon) would have got him. Daniel was very strong on traction.

"When the team asked me to give the position to Esteban we were about to lap some cars ahead of us.

"And I thought that Daniel might get traffic, and I only need two to three tenths to get the opportunity on him, and I could see he was struggling and I knew the Ferraris were coming." 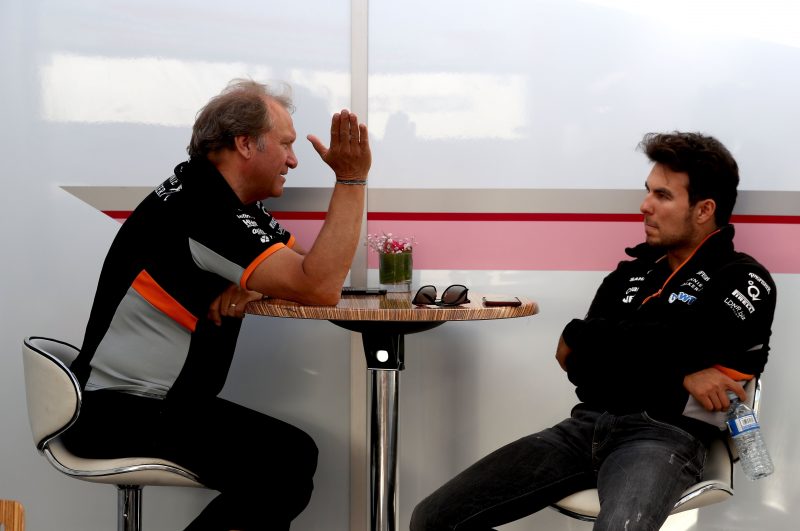 Force India team principal Bob Fernley also lent his support to Sergio Perez while insisting that the defacto rule is to provide the drivers with the freedom to race.

"Obviously we had given Checo the instruction that we thought Esteban might be a little bit quicker but at the end of the day we have a policy at this stage to say we let them race," Fernley told Racer.com.

"We let them race and sort it out themselves, and at the end of the day from a Force India point of view it was still a fantastic result. We come away with a significant amount of points."

Gallery: All the pictures from Montreal

Abiteboul: 'No major engine upgrade until next year!'