With the title showdown between Nico Rosberg and Lewis Hamilton just one week away, F1i looks back at a number of other championship battles between team-mates 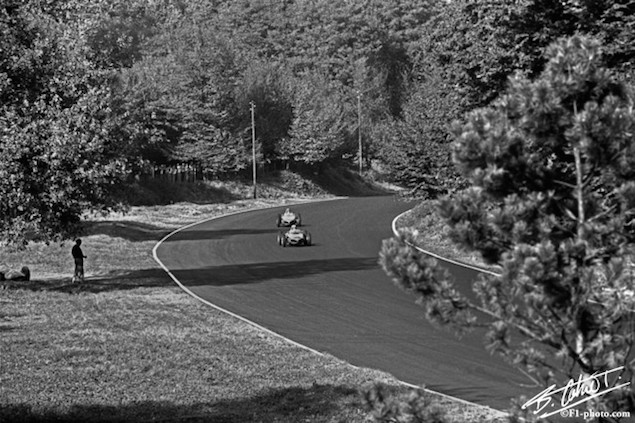 Not the only championship fight to end prematurely in tragedy at Monza. Ferrari was dominant in 1961 with its 156 ‘Sharknose’ design and new 1.5-litre engine regulations, and had two very different title protagonists in American Phil Hill and German driver Wolfgang von Trips.

The pair had raced for Ferrari for a number of years, but in an era when driver fatalities were commonplace, Hill took a more measured approach to racing compared to the often crash-prone von Trips. Indeed, von Trips had crashed twice before at Monza as he failed to start after an accident in practice in 1956, and retired on the first lap two years later.

It was the German who had the upper hand in a private Ferrari battle for most of the season, taking two victories to Hill’s one in the opening six rounds. Hill had been on pole on five occasions though, so it was a strong showing when von Trips - needing only to finish third at Monza to take the title - secured his first pole of the season at Monza.

At the start of the second lap, von Trips and Jim Clark’s Lotus touched on the run to Parabolica and the Ferrari speared into the crowd, throwing von Trips to his death and killing 15 spectators. Despite the incident, the race was not stopped and Hill went on to win to secure the championship. Ferrari pulled out of the final round of the season, and after three more podiums to start the following season, Hill’s F1 results petered out until he retired in 1966.