You can run but you can’t hide: even in the summer break, Eric Silbermann tracks down interesting people and forces them to have breakfast with him.

In his crisp white shirt and neatly pressed grey trousers, he looks like any one of several older officials in the F1 paddock, the sort one can unkindly assume is past his sell-by date and only along for the jolly. But you’d be wrong, because Alan Stanley Jones MBE was the 1980 Formula 1 World Champion, is still as sharp as a tack and just as outspoken today as he was when he was racing. I caught up with him earlier this season. Somehow we never got round to discussing his 117 Grands Prix, or 12 wins or feelings about one time team boss John Surtees, but you can find those topics elsewhere. 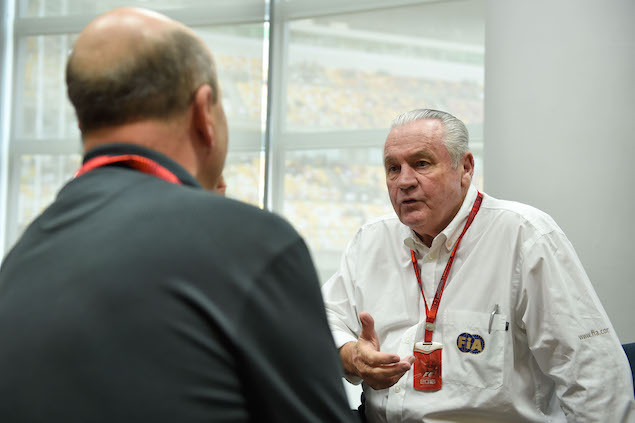 Not only did you bring Williams its first world title, I get the impression that after you left the team, Frank (Williams) and Patrick (Head) spent all their time trying to replace you, looking for the next Alan Jones.

Do you remember that time with real fondness?

Absolutely. I do because Frank and Patrick were the best people I’ve ever driven for. Frank knew how to get the very best out of me without threats or promises. He just had this way about him that could get the very best from me. It’s a bit of an art form.

I can see you and Patrick as being similar characters - no nonsense.

I think that’s the case as well. Patrick was a real racer. If I ever went a bit wide and rubbed the wheel on a wall or an Armco, he told me in no uncertain terms that that could have been very inconvenient. We got on very well. We were all really good friends but with one single goal. The friendship and everything never got in the way of what we wanted to do and that was to win grands prix and the championship. 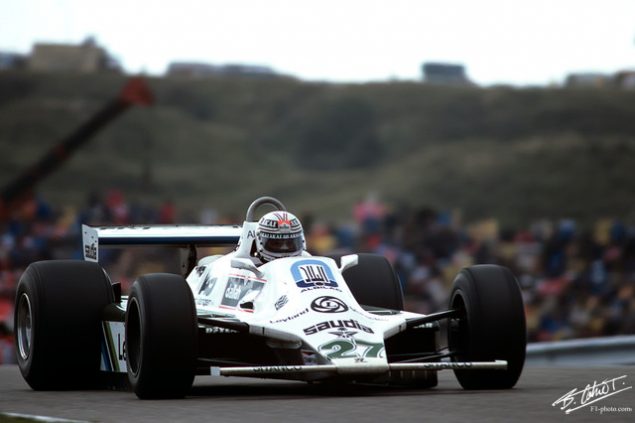 You took half a lifetime to become an overnight sensation. Do you think the drivers now have an easier time of it? You tried to come to Europe and it didn’t really work, so you went home to Australia, you came back again. You must have really wanted it.

I think any Australian that travels halfway round the world and leaves his family and friends to pursue a career is a fair indication that he’s fair dinkum about it and I think that’s what makes Australians and New Zealanders reasonably good at what they do when they do get to Europe because they’ve made that commitment. When you’re reasonably young that’s a fairly big commitment to make because you can’t scram home to Mum on a Sunday and have a roast dinner.

As much as I had some wonderful friends in England and I love the place, I love the people and I’m probably one of the few Aussies who even like your beer, I hate the weather. That’s one of the reasons I bought a house in California, just to get out of England in wintertime. Then, if Frank ever rang up and said, “We’re going testing,” it was always handy to be just a single flight away. In retrospect, I should probably have picked the east coast, but there would have been no point in living in New York because it’s just as cold as London. I picked LA because it was more Australian than anything else.

More of a beach culture.

Pair of shorts and a t-shirt type thing.

That’s dressed for dinner, then?

Where do you live now?

On the Gold Coast. Surfers Paradise or as we call it… at this point Mr. Jones uses a couple of colourful and colloquial nicknames, reflecting the multicultural nature of the Gold Coast in the 21st century!

Couldn’t give a f**k. I’m over political correctness. I went there for a brief period of time and it didn’t fit me. I’m just completely over it. I think it’s just abused. Now it’s an excuse for everything. 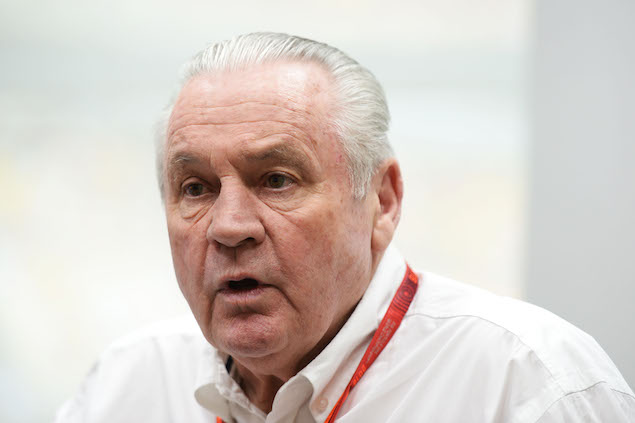 The world thinks of tough old Aussies who don’t take any nonsense, but you’re the nanny state now.

We’re probably the most over-what’s-it-named country in the world now. Pilots, when they walk from the cockpit of their plane to go into the airport terminal have got to put a high-vis jacket on.

But you still wouldn’t live anywhere else.

I don’t think so. I’ve actually given that a lot of thought a lot of times and I’ve thought, “Where would I go?” Where I live in Australia, on the Gold Coast, it’s beautiful weather. The kids can walk to the beach in 10 minutes. My daughter can go out to her horse in 10 minutes. It’s very central. I’m 35-40 minutes away from an airport. It’s an outdoor existence. But I do get dismayed a little bit by the do-gooders. They piss me off something shocking. 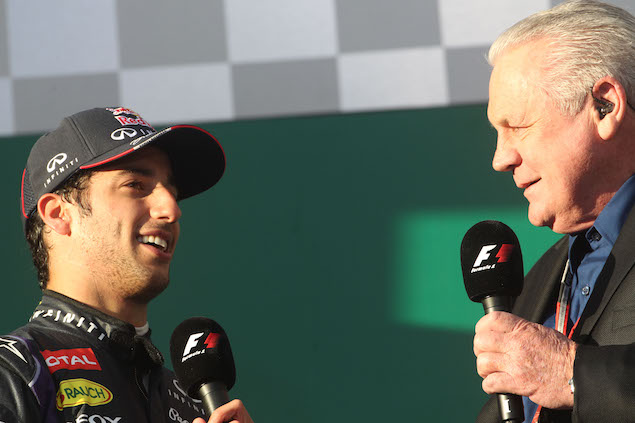 Let’s go back to racing. We’ve got Daniel Ricciardo now who’s made it all the way to the top. Given how big motorsport is in Australia, I’m surprised there aren’t more of you. Is it just the distance to come to Europe?

I think it’s the distance and the culture. Keep in mind also that our premier form of motorsport at the moment is touring car racing. It’s not a stepladder into open-wheeler racing. Most young boys who want to go open-wheeler racing are looked upon with a certain amount of strangeness anyway because people’s attitude is “why aren’t you in a V8 supercar?”

It’s not manly enough then, the single-seater?

Open wheelers are for Sheilas! Whereas you’ve really got to come through that go-kart, Formula Ford, Formula 3, that’s the path into Formula 1. If you have a look at Daniel, if you have a look at Mark Webber, they’re all ex-go-kart, Formula Ford people, whereas a lot of the young guys in Australia aspire to go into V8 supercars because they all get reasonably good money if they get to the good teams and they can go home to Mum for the roast dinner on Sunday.

What’s your view on the way Formula 1 is at the moment? Do the drivers have it too easy?

I think they’re all a bit precious, to be honest with you. I think a lot of them read their own PR that’s written for them. But Formula 1 is still Formula 1. It’s still the top echelon of motorsport. 170 miles per hour is still 170 mile an hour and if you’re a goose, you’re not going to cut the mustard, you’re not going to get there. The good drivers invariably gravitate to the good teams so nothing’s really changed.

All I can say is one thing I’m very proud of is that I’ve never ever, ever bought a drive in my life. I have never parted with any money to race a motorcar and I think that’s probably getting increasingly more difficult now to do that. Mark did it. I think Daniel did it. He got into that Red Bull Junior thing. But these guys that come along with a pocketful of money and buy their way into a car, I know it’s inevitable but I just don’t know whether it’s a) fair or b) realistic of their talent. Some of them have got no talent but plenty of money and that’s a bit of a shame. 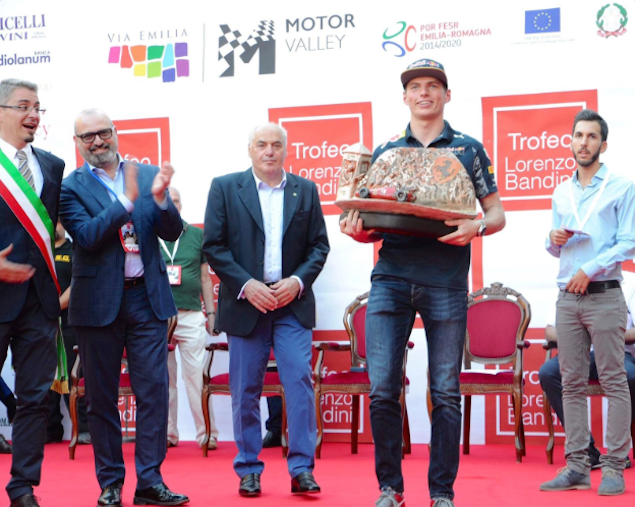 What’s your opinion on very young drivers coming into F1? Does it make the sport look too easy?

I think in terms of toughness and having the talent, that’s all OK. My fear is that they’re going to burn themselves out, because there’s so much crap that’s required out of the car now - sponsor-wise, this appearance, that appearance, go here, do this, all the media work. If you come in at 17 or 18, you’re going to be buggered by the time you’re 23.

Should I say buggered? I remember doing an interview. Eddie (Jordan) was going to do an interview with me at the very first Korean Grand Prix. I was a steward and he said, “What are you going to do if you have to make a decision against Mark Webber?” I said, “I don’t know. You’re buggered if you do and you’re buggered if you don’t.” BBC wouldn’t play it. They’re the very people who use the “f” word and the “c” word at lunchtime on British TV! That’s what I mean about the inconsistency of it all, which gets me down a bit. But back to the question, I just hope these young drivers don’t get burnt out coming in that early.

Looking at the positives, do you still think the sport’s as good as it was in your days in terms of what it delivers?

I’ve said it before. Formula 1’s the top echelon of motorsport. The best drivers invariably come into Formula 1, even if I made some criticism about the ones that have bought their way in.

What about the new technology and everything? People don’t like the lack of noise. They say the drivers are driving around to save fuel.

I don’t particularly like that part of it, to be honest with you. I used to like them when they screamed - that was Formula 1. My opinion is that when the flag drops, the bullshit stops and you should just get into it and go. The concept of being in a grand prix and saving fuel just doesn’t sit well with me. I think you should have that right pedal to the metal as often as you can for as long as you can.

Max Verstappen interview: Destined to be a champion?

Silbermann says ... No hope for an Olympic Grand Prix

Max Verstappen interview: Destined to be a champion?

F1i Classic - Mayhem, monsoon and the mother of all Belgian Grand Prix