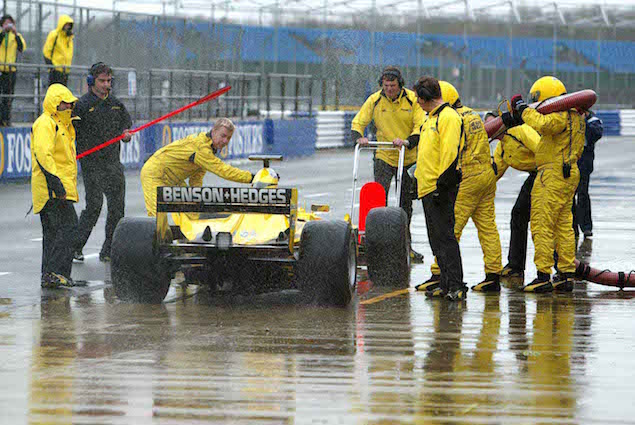 We will have eight days of pre-season F1 testing this year, running from 22nd to 25th February and 1st to 4th March. For the eleven teams – I like the newness of saying “eleven teams” - less track access than in 2015 and not a lot of time to sort yourself out before the longest season in the history of the sport.

Former Ferrari boss Luca di Montezemolo was prone to delivering some crazy statements, but he was right on the money when he claimed the lack of testing was as daft as if the world of football banned top teams from practicing prior to the start of the season. Fernando Alonso supported his then boss in 2012: “it’s like telling Lionel Messi to train with a little tennis ball, or Rafael Nadal to play with a ping-pong bat,” said the Spaniard, clearly bored with hours in the simulator. It’s no surprise that the Italian team was the most vociferous when it came to voicing objections to the lack of testing, given they have their own Fiorano race track just outside the factory gates.

The in-season testing ban was introduced for 2009 on the grounds of cost saving, the same excuse that’s led to the currently hugely expensive power units. In fact, most of the rules aimed at making Formula 1 cheaper or greener seem to have had the opposite effect. The lack of track time before and during the season is also a criminal waste of talent, most clearly obvious when you look at McLaren-Honda. The Anglo-Japanese squad’s problems might not have been solved with just a few days pounding round Silverstone, but one can assume that two of the best drivers on the grid might have been much more competitive last year with a relaxation of the testing restrictions. 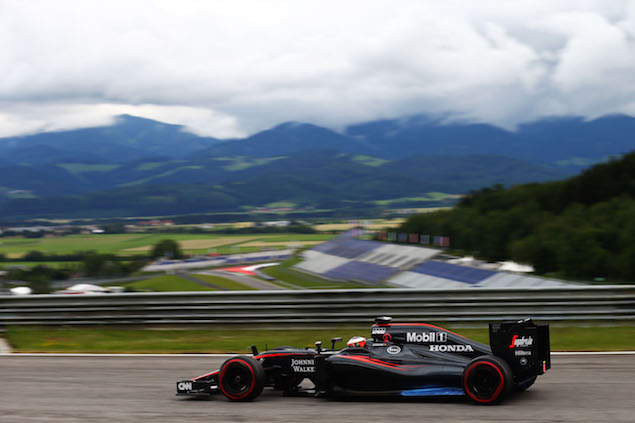 The reason you don’t hear too many complaints about the measly amount of testing time is that it does have cost implications, both obvious and hidden, including the probable need to resurrect the concept of a separate test crew of engineers and mechanics, to avoid the race team burning out long before we reach Abu Dhabi. With a tyre test, two pre-season tests and 21 races, teams would face mutiny and demands for mega pay rises if the same crew also had to deal with extra testing. While the bigger teams could cope, it would be yet another nail in the coffin for the rest of the field, with performance gaps becoming even wider than they are now.

I must admit to a feeling of nostalgia when I think back to the era of limitless testing. In the early Nineties I spent much of my life in one of the old-style red phone boxes just outside the Silverstone paddock, dictating a testing story to a French and an Italian daily sports paper. The rest of the day was given over to patrolling pit lane and the paddock, keeping tabs on who was doing what and sitting in the Silverstone caff trying to keep warm and dry, drinking coffee produced well before the age of baristas and “grande, quad, non-fat, one-pump, no-whip, Mocha-to-go and have a nice day!”

Testing at Silverstone was controlled by the legendary “Silverstone Syd.” Syd Herbert, who actually turns 83 today – happy birthday Syd! – ruled pit lane with a rod of iron and a well used stock of pithy one-liners. On race day, he drove the Jaguar fire tender behind the field on the opening lap, but at tests he was at the wheel of the breakdown truck that was sent out to bring back any car that stopped on track, pausing to collect a couple of mechanics from the offending team before leaving the pits. While the race team mechanics were all suntans and chat-up smiles, the testing lads were pale skinned and surly. You got the impression they were kept in a cage at the factory and only sent out to work in the winter months when they couldn’t actually bump into any sponsors. The race team would normally be flown in for the final couple of days of pre-season running to ensure they knew which bolts went where on the brand new cars. 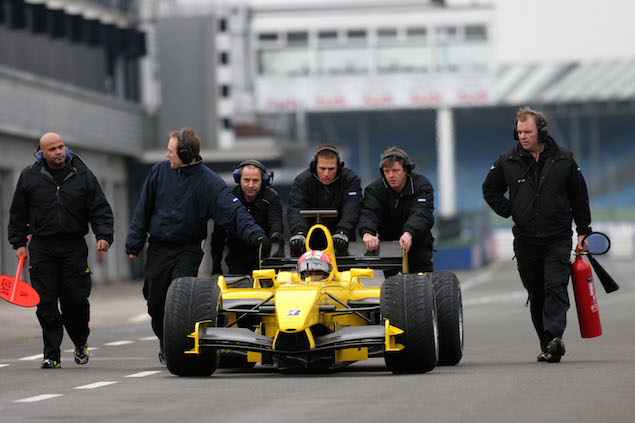 Silverstone is always a good ten degrees cooler, a few miles per hour windier and an inch or two wetter than the surrounding area, so much of my time at testing was spent trying to keep warm in my car. That allowed me to glimpse the fantastic collection of road cars owned by many of the drivers and senior engineers who were based in the UK. However, that didn’t extend to Ayrton Senna, who would occasionally turn up in a Nissan Micra belonging to some distant relative.

While the Brits did occasionally venture abroad, most of their time was spent at Silverstone, or if you were really unlucky, Pembrey, a former chicken farm in South Wales. The French got to run their cars on the Cote d’Azur at the Paul Ricard circuit. There was a period in the Eighties when, in the cold of an English winter, F1 mechanics had to put on their best “sad” face and tell their wives they were very sorry, but they had to leave for a couple of weeks testing in Rio de Janeiro at the Jacarepagua circuit. I never went so can tell you nothing about it, which is a good thing given the X-rated antics of the F1 circus in South America! 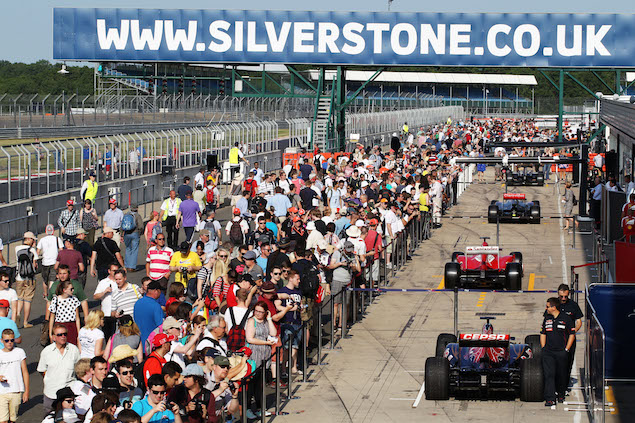 Let’s not forget that in-season testing used to provide a great opportunity for fans to get closer to the action than at an actual grand prix, with plenty of people finding their way into the paddock, getting to rub shoulders with the drivers, who were in a more relaxed frame of mind than at a race weekend. For teams, testing also eased the problem of getting all your sponsors to the race track. The ones who came to Silverstone were known to marketing types as “The Dookums,” as in, “I’m sorry, we can’t get you into the British Grand Prix, but Do Come to watch testing.”

My favourite testing story from Silverstone concerns Michael Schumacher. As a keen young lad, he was about to have his first run in the Benetton on a short version of the track, which involved parking up somewhere in the middle of the former airfield without even a phone box for shelter. As usual, Michael wanted to know everything. “What’s a good time here?” he asked the engineers. “5.30,” came the reply. Michael looked puzzled. “You know, 5.30, it’s when we stop for the day and go home.”

Technical feature: All of the 2015 F1 steering wheels

Five things to look forward to in 2016