There are plenty of legends roaming the Paddock at the Autodromo Hermanos Rodriguez, starting with Emerson Fittipaldi and Nigel Mansell, the latter having what’s left of the Peraltada named after him. But there’s a lesser known figure who for many people is equally worthy of legendary status and can actually trace his start in the world of motorsport back to Ricardo Rodriguez. That man is Jo Ramirez, a Mexican best known as the genial team coordinator for McLaren from 1984 to 2001, having previously spent time with Dan Gurney, Ken Tyrrell the Fittipaldi brothers and various sports car teams. His time at McLaren includes the period of the Senna-Prost rivalry, but we skipped that as it’s well documented. 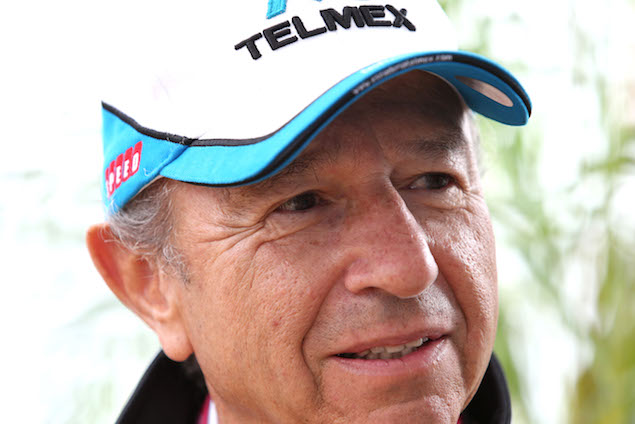 Have you been involved with the race coming back here to Mexico?

No, I was more involved with Scuderia Telmex working with Carlos Slim and Jimmy Morales to get another driver into Formula 1. The one that got very close was Salvador Duran. But he was too young, a bit too big for his boots. Then we got Checo (Sergio Perez) It was a bit hard with Checo at first: they come to F1 very young and going to McLaren was especially difficult.

From a media point of view, when he was at Sauber he was terrible to deal with, but I spoke to him recently and he was a charming, thoughtful chap to talk to.

Finally the penny dropped. I said to him so many times, “the media can make you or break you in F1.” He was what we call “soberbio,” arrogant. But not now.

And as of Friday night, it’s confirmed we have another Mexican, Esteban Gutierrez, back on the grid.

Ah, that’s brilliant news. It’s going to be very exciting having him racing. 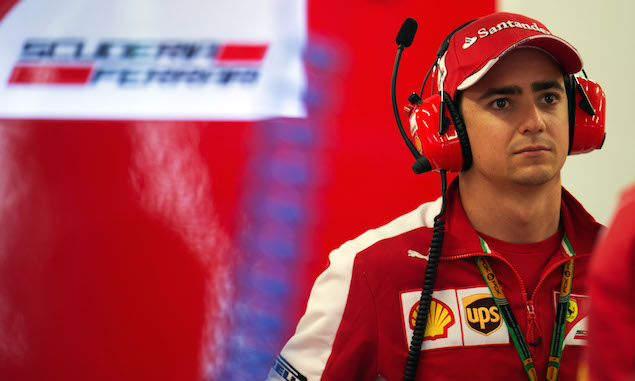 When Perez first came into F1, you told me, “there’s another one who’s even quicker.” You were talking about Gutierrez. Do you still believe that?

I was very impressed with him when he was racing in Formula 3. The problem was that he had the bad luck to be with Sauber in the worst two years they had. So he didn’t get the chance to show what he could do. He’s a superb guy, who has his feet on the ground and he comes from a lovely family. He is well educated and intelligent-he’s got it all and ticks all the boxes.

You were born here in Mexico City, so did you come here as a kid to watch the races?

There used to be a lot of races here and I remember one day when there were seven races and I was here with Ricardo (Rodriguez) and he drove all seven races in seven different cars and he won all of them. He was absolutely brilliant. We miss that now, because Formula 1 drivers only drive Formula 1. One of the most exciting things I’ve ever seen in my life took place at the left hander at Bottom Bend at Brands Hatch. It was Jimmy Clark in a Lotus Cortina and he had the inside wheel up in the air, one foot over the grass, when he was a guest driver in a Touring Car race. He was up against all the regular competitors and he would lap around a second faster than all of them. We miss that now. They have taken a lot out of this sport, because I think the drivers enjoyed it a lot. Even when we had ProCar that was good fun.

You studied engineering here so when did you decide you wanted to work in motorsport?

Ricardo would help me sometimes when we were go-karting as I didn’t have the means.

Were you any good as a driver?

I wasn’t too bad. I always was a frustrated racing driver. If there’s one thing I regret in my career it’s not pushing for a bit longer to be a driver. Yes, I love mechanical engineering, but I also love driving and I did look for the opportunities when I was in Italy, but they never came. But, as you know, when you work in motor racing, it’s a 24 hour a day job so it’s difficult. 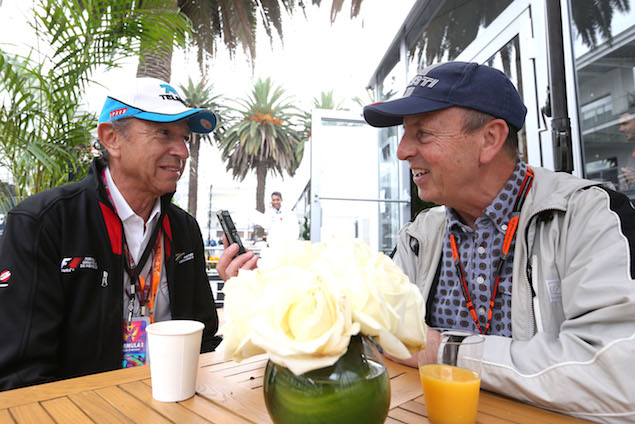 You moved to Europe with Ricardo?

Yes, because in those days you didn’t have any courses in engineering aimed at racing, like you do now, so, at the beginning of ’62, I said to Ricardo, “you’re going to Ferrari, I’ll come with you and you introduce me to the people there and let see what happens.” I worked hard to get some cash and a friend whose father was in the government gave me a free ticket to New York and then I paid $200 to take the Queen Elizabeth to Europe, as that was the cheapest way to get to Europe and most people still went by boat. It was a fantastic experience, just like the Titanic movie…

…except it didn’t sink!

For a young guy who’d only lived in Mexico, you’re suddenly working in racing in Italy. Did you realise this was something amazing?

Well, I wasn’t actually working for Ferrari, as I didn’t have a work permit. They said I didn’t have experience nor speak Italian. “But you come to the races, we give you a job, we pay for your food and for your hotel.” That’s what I did, travelling to the races mainly with Giancarlo Baghetti (Formula 1 driver with Ferrari, ATS, BRM, Brabham and Lotus). We went by car, everyone drove to the races then. I was the gofer, go for this go for that! I was lucky, I think because of the passion I had, they liked me, especially (Mauro, a colossus of Italian motorsport engineering) Forghieri. He was a brilliant guy and they all helped me, teaching me how to do things and why they had to be done and so on. I learned a lot from him, he was my first mentor.

At the end of the year, I met Juan Manuel Fangio through Rodriguez and he introduced me to Ingenieri Alfieri of Maserati. They said they would give me a job if I got a work permit. So I got that in Rome three months later and had a proper paid job with Maserati in sports car racing, Le Mans, Sebring and so forth. At the time, Gian Paolo Dallara was my boss and he got the job of designing the first Lamborghini and he wanted me to move with him. I told him I wanted to go racing and he said we would be doing that later and he convinced me. I had one year there and it was a fantastic experience as I was involved in every aspect of the car; the engine, gearbox, suspension, how the bodywork went on, putting it all together and I got involved with testing also, doing a lot of miles around Italy.

But after a year, I wanted to go racing again. Lamborghini offered me double, but I explained it wasn’t the money, I just really wanted to go racing. I was moving to England so the Lamborghini guys said, “OK we consider you our service guy in London now.” By the time I got there, I had written to everyone in England, even Stirling Moss and Stirling Moss, he answered me! Everyone did in fact, but Stirling was like the top guy.

I went to see Colin Chapman and then Ford Advanced Vehicles (where the equivalent of today’s WEC cars were prepared) in Yeovil Road, Slough. They looked very busy prior to a test in Monza, so I said to John Horsman even though my English was very bad, “I can see you have a lot of work, so give me a job for a couple of weeks and if I’m really good you pay me and if I’m not, then I go away and we’re still friends.” He liked that and we got on very well, I picked up English quickly and he liked the idea of having an interpreter in Monza. Then, while sports car racing, I met Dan Gurney and went to work for him when he built his first F1 car, the Eagle. 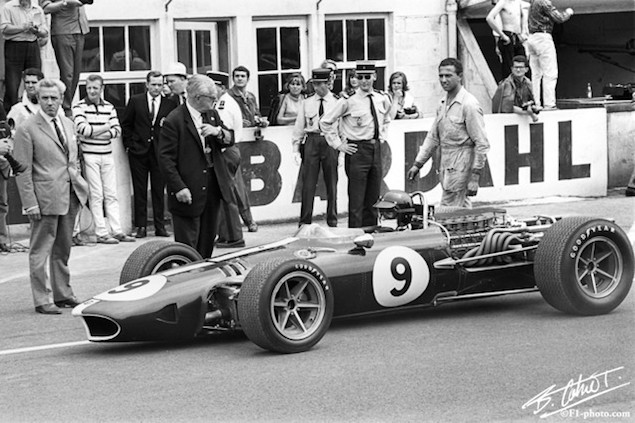 Possibly the most beautiful F1 car?

Oh, it was just lovely, the eagle nose, the colour, it was superb. The exhaust pipes were made by a guy called Pete Wilkins and he was an artist. They don’t make really beautiful F1 cars anymore, with these current front wings that look like Christmas trees. I think this is where they need to make changes to the regulations. In fact, the regulations need to change so much.

Where were you when Ricardo was killed here at this track?

I was back in Italy and he’d come back to Mexico to race in this non-championship F1 race. I had his bicycle and a lot of his possessions, including his helmet and a race suit and gloves and team clothing. Over the years I’ve lost some with moving house, but I have most of it. I also had his driving shoes, but they were just normal moccasins. We took the same size of shoe and stupid me, I used them!

You spent more time at McLaren than with any other team...

Yes, definitely. 18 years and my position never changed. Of course, when I joined McLaren there were 60 people and by the time I left it was around a thousand. I did all the day to day running of the team and Ron (Dennis) took the big decisions. He never wanted me to be recognised as the team manager, I was the team coordinator. 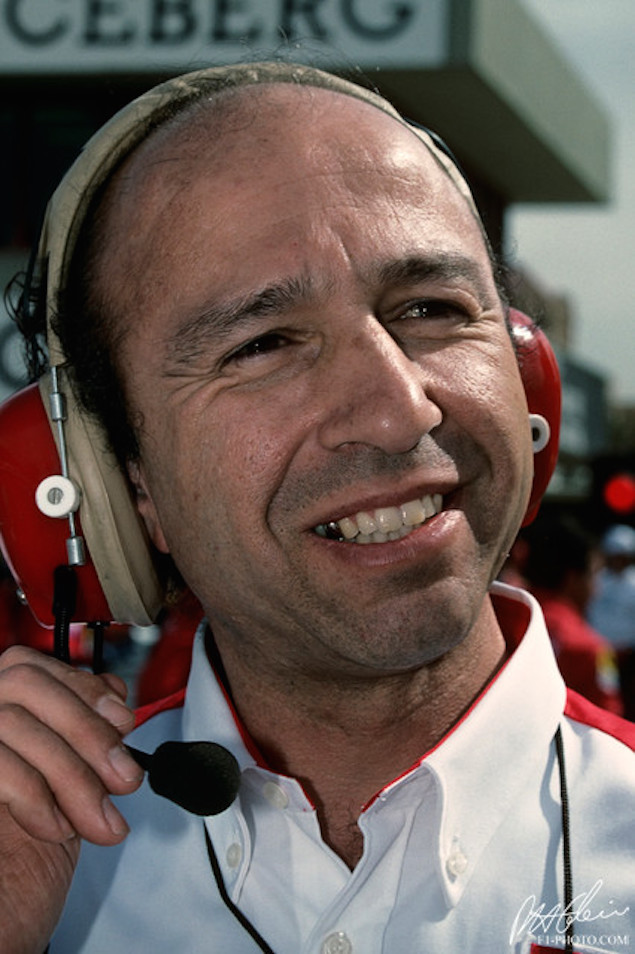 You had a “difficult” relationship with Ron didn’t you?

Ron is a very special guy and I learned a lot from him. When I first joined McLaren, he used to say to me, “you need it, you get it. Don't worry about the money, that’s my problem. We have to have the best of everything. That was such a relief after all my years with little teams. I was used to stretch things out to the last penny. Not having to worry about the money was fantastic.

And the came the time to leave McLaren…

There was a party organised for me at the Indianapolis Grand Prix and then two weeks later came the day I was actually leaving. On that day, Martin Whitmarsh organised a small champagne reception for me and Ron wasn’t there as he was away on business. But the day before, he called me into his office, he spoke to me in such a fantastic way that I couldn’t believe it. He said he envied the fact that everyone liked me and I have no enemies in this Piranha pond. I really loved my job and I always say that I don't know what a hard day’s work is because this was my hobby and I got paid for it.

Life’s still good: you’ve written a book, you ride your Harley Davidson, given to you by David Coulthard and Mika Hakkinen as a leaving present, you come to some races…

I did a fantastic ten day trip, twenty of us on Harley Davidsons, riding across from Spain to Morocco. I enjoyed but it was very hard. That was such a great present from the guys. It’s 14 years old now, but it’s still in good condition.

And so are you!

Click here for more from Eric Silbermann's breakfasts in the paddock