After a transitional year, in less than a week in Melbourne, Renault begins its first season as a proper factory team. To build the apparently promising RS17, the Renault F1 boss has put large plans into action. Cyril Abitebuol tells us about the reconstruction of the team, the promises of the new V6 and what Niko Hulkenburg brings to the table.

While 2016 was a lacklustre season for Renault F1, important changes begun at Enstone, both in the factory and personnel recruitment. What has been achieved and how will it influence your 2017 campaign?

Without criticizing the former regime, we soon understood they didn’t have the financial means necessary in F1. When you mention budget, most people think of operational expenses (personnel salary, car construction, etc), but forget the investment aspect. Investment in machines, a wind-tunnel, etc. impacts performance enormously. As they didn’t have the capital to invest in new technologies, we found the Enstone factory more or less how we left it in 2008-2009. This obliged us to invest in nearly every department with priority to all areas linked to car performance.

We have a new shop for building wind-tunnel models, which applies very strict tolerances (which is indispensable when working at a 60% scale. We’ve brought the wind-tunnel up to date with new measuring systems, which probably puts at the forefront in this area. We have acquired new calculating servers for the CFD, as well as new machine-tools for fabricating full-scale metal chassis components. We’ve also begun the extension of the main building for the additional personnel we have brought in recently. Construction will wrap up in 2018.

One of the reasons for Red Bull’s success is the acceleration of the process between conception, wind-tunnel testing, fabrication and on-track validation. In this perspective, we have a two-pronged objective: double the capacity of the Design Department and increase the size of the composites shop, for producing large sections like the underbody in-house, for example. For the moment, we don’t have enough space to build these elements, but we will next season. Simply said, we want to have more ideas, better concepts and more production capacity. We would’ve preferred that this work was completed last year, but the sale of Lotus took was delayed, which squandered our 2016 season. 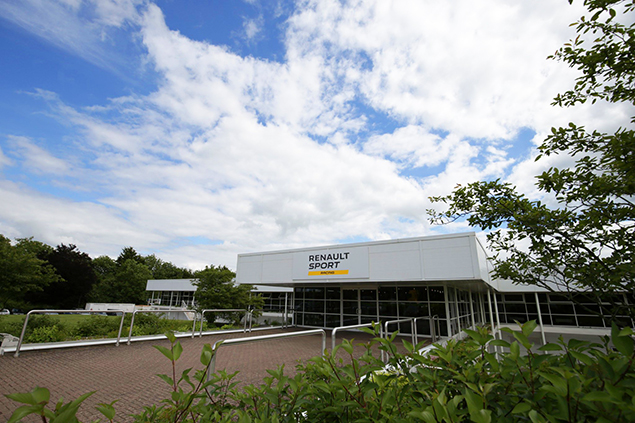 The RE17 engine is a departure from the concepts you employed with your power plant since 2014. We know that the Viry engine department worked on the configuration and weight of the cooling system, as well as the ERS, whose functioning temperature was raised and put in line with the internal combustion V6. Are you satisfied with the new concept, despite the problems during winter testing at Barcelona?

Honestly, I can give you an answer in two or three years. When you make such a change, you have to talk in terms of months, or rather weeks, for the project to mature. We changed the approach because the concept we went with opens a new field of performance and innovations that will allows us to join, even overtake Mercedes, despite the fact that they too will evolve. Such a choice is only possible if we are prepared to pay the price in terms of reliability. We will have to manage the reliability by closely monitoring mileage. Our engine allocation for the season will be determined by our reliability, which is not yet where we want it to be. But we are convinced that it is worth the risk.

The specification that will be used in Australia, and that is a little different than what we employed in Spain, conforms to our performance projections: the engine is three to four tenths of a second better compared to last year. To better explain the progress of the engine, I would say Red Bull is a title contender this season.