It is a measure of our grumpy old git’s abilities as an investigative journalist that he’s even found a few things to complain about at Spa, although it’s clearly stretched him to his limit. 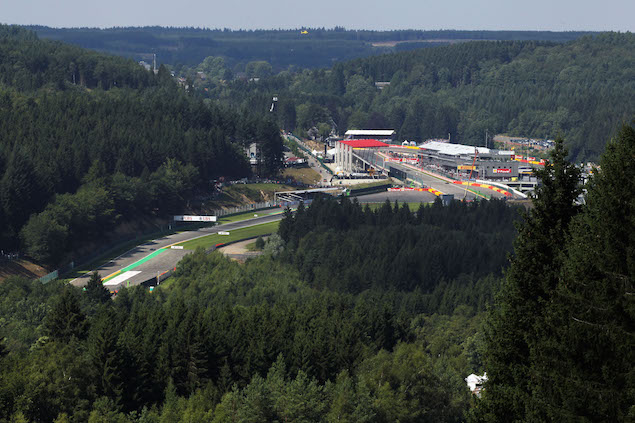 Well thank goodness that nonsense is over, that F1 summer break shutdown thing. Good to see it’s all but vanished from next year’s calendar. After all, the choice is simple; either work in Formula 1 or have the children you are supposed to take to the beach during the school holidays, but don’t do both.

Fortunately I can now leave the awful truth about life in the real world behind and return to the comforts of the paddock. You know the sort of thing, staying in five star hotels, travelling Business Class, enjoying fine dining and partying with the good and the great from the worlds of sport, art and showbiz. Okay, so maybe I’m being economical with the truth, but we do tend to live in the glitzy Grand Prix bubble most of the time, surrounded by our peers, never mingling with you fans who pay our wages. But Spa is different, because I stay in a guest house run by a lovely English couple and apart from my two work colleagues, all the other guests are (cue soundtrack from Jaws) race fans!

There’s no hiding place, because we all dine together every evening, when the conversation is a salutary experience and a great antidote to all the negativity one encounters in the paddock. A couple of years back, when they’d traipsed round the track on a day when it never stopped pouring with rain, these fans returned to the digs like drowned rats, but they were happy drowned rats, fuelled with enthusiasm from their day, a Friday of free practice no less.

Do I need to tell you they know loads more about what happened on track than I do? The questions come thick and fast and I do my best to answer them, but the abiding feeling is that they’re all envious of how I earn a living, even those of them who turn up in very expensive road cars, which some of them go on to destroy when they tackle the nearby Old Nurburgring. It’s a handy wake-up call with which to start the second half of the season. Even without this glimpse into another world, it’s not hard to be enthusiastic about the next few weeks: with Spa, Monza and Suzuka on the menu, it has to be the apogee of what GP racing should be all about. 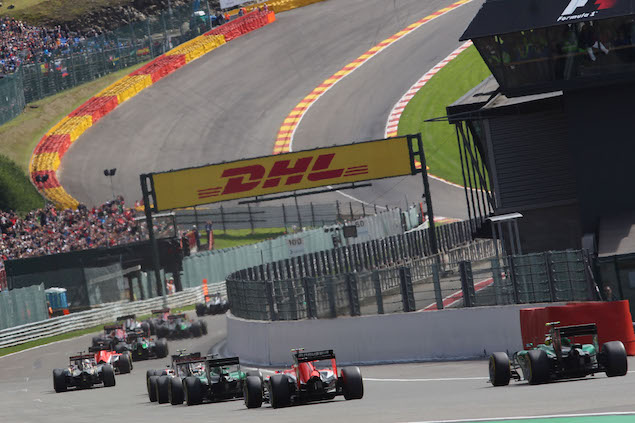 However…..not everything about the Belgian GP is perfect, because Belgium is a country of contrasts: on the one hand it’s slightly old fashioned and parochial and on the other hand, it’s slightly old fashioned and parochial. There is also the problem of having two languages for a start, with the non-French version being a real tongue twister so that newspapers go by such names as Het Laatste Nieuws. As in Wales, they insist on having road signs in two languages, although sometimes they only go with the most arcane version, so you can find cars driving round motorway interchanges like a cowboy wagon train forming a protective circle, as the occupants are desperately seeking the road to Liege when all the signs only say Luik. Never mind your Het Laatste Nieuws, this is the Laatste Blooudy Straawe.

Do we need to talk about the famous Spa weather? It seems we do and if I was feeling generous, I’d offer a prize for the first person to write in and say they’ve heard a TV commentator use the word “microclimate.” “Microclimate” doesn’t really cut it when you’re sitting staring at a blank TV screen because no cars are going round due to the fact parts of the track are apparently covered in “microclimate.”

There are ways of making the time pass more quickly and years ago, when smoking and drinking was not punishable by death, I remember a very enjoyable wet Friday when, courtesy of a Swedish journalist who turned up with several bottle of Aquavit, jars of pickled herring and some excellent cigars, we started a tradition known as “The Viking Breakfast” except that it went on from breakfast time to the end of qualifying. I recall erstwhile F1 racer Perry McCarthy joining us for one of these events, usually held in the Honda motorhome. He’d failed to qualify the Andrea Moda and was explaining to us how he would have taken Eau Rouge, if only he’d been allowed on track. One of my colleagues pulled him up short, pointing out that, if he had tackled the daunting chicane in the shitbox that passed for his F1 car, he’d have been going home in a body bag. More Aquavit anyone? 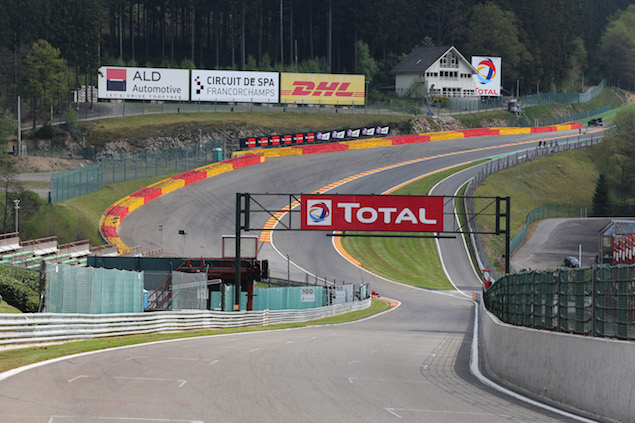 It goes without saying that Spa provides the F1 photographer with some great shots, however every silver lining has a cloud – not the “microclimate” type this time - and in Belgium, it’s the local security guards, who do their utmost to prevent them getting the shots they want. All overweight and inbred, with their eyes so close together they can’t use binoculars, they’d actually struggle to chase anyone. But, dressed in combat boots and stab vests they are attached to huge mean looking dogs, all drool, dribble and sharp teeth, spending their spare time scratching their bottoms on the ground – the dogs aren’t much better either.

Despite these downsides, Spa is one of the best weekends of the year, with Belgium providing a great race track, fantastic food and beer, better than across the border where, according to the locals everything is “Merde in France” and it’s easy to get here from most parts of Europe without even having to face yet another airport. Wonderful!

(PS: Did I mention several owners of this website are Belgian?)

Between the lines at the Belgian Grand Prix