On the run-up to next weekend's Belgian Grand Prix at Spa, F1i remembers a day back in June 1967 when an Eagle descended upon the majestic Ardennes forest, and caught one of Formula 1's most coveted preys. 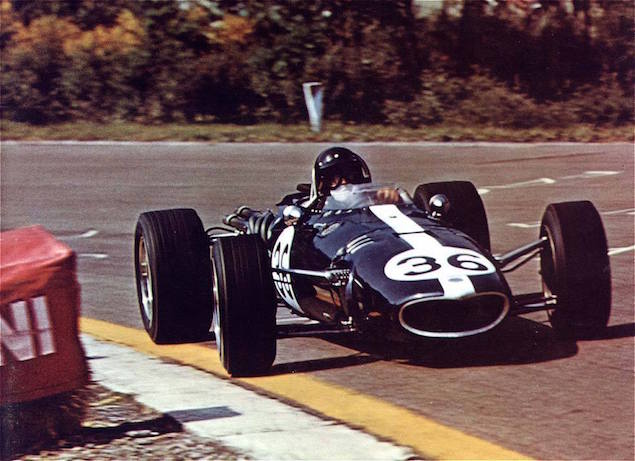 One of the great things about Spa is that in its modern form, the track still retains a historic link with the legendary open road circuit it was born from. It's the oldest venue still used by Formula 1, and one whose tradition and heritage have survived the winds of change induced by Bernie Ecclestone's travels to far exotic countries and the erection of boring F1 Tilkedromes.

Compared to the exacting challenges which await any driver racing at Spa these days, the old street circuit - a winding thread of tarmac which cut a triangular path between the villages of Francorchamps, Malmedy and Stavelot - was a terrifying 15km snake of a track! A flat out blast through the countryside and pine forests which put the fear of death into the bravest of the brave, and definitely separated the men from the boys.

In June 1967, two weeks after Jim Clark gave the Cosworth DFV its first Grand Prix triumph on its debut at Zandvoort, the F1 community assembled at Spa for the fourth round of the World Championship.

With Brabham's Denny Hulme enjoying a clear lead in the driver's standings, Clark, a four-time victor at Spa, lost no time marking a territory he considered his own, securing pole in qualifying with a three-second margin over Dan Gurney's Eagle. On a high, the Californian was fresh from his victory at Le Mans with Ford and A.J. Foyt the previous weekend. "One of my better weeks at the office," as he's often said about those seven glorious days in the Spring of '67. 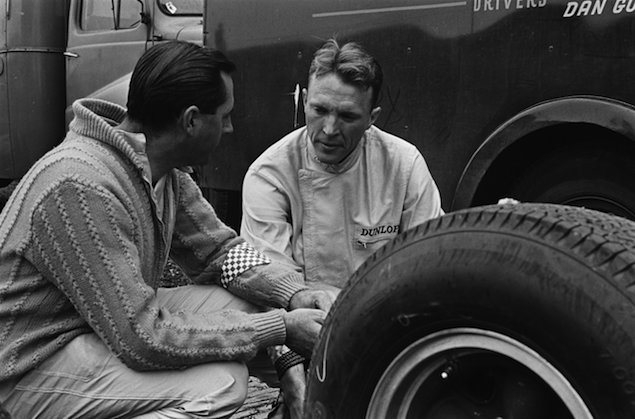 Dan Gurney's efforts as a constructor had started two years earlier, in 1965, when he founded All American Racers along with Carroll Shelby. Former Lotus engineer Len Terry had been entrusted with the design of the first Eagle Formula 1 car which appeared at Spa in 1966, while Weslake in England manufactured the car's 3.0 litre V12 engine.

The astonishingly beautiful dark-blue Eagle, with its distinctive bill-like nose, was upgraded for the 1967 season as Terry relied on the use of magnesium and titanium to lighten the T1G's chassis. To good effect one might add as Gurney won the non-championship 'Race of Champions' in March at Brands Hatch.

When the national flag dropped at the start of the Belgian Grand Prix, Gurney was swamped by half of the 18-car field, his car failing to engage first gear, while Clark raced off the line followed by Jochen Rindt's Cooper-Maserati, with Jackie Stewart and Mike Parkes in hot pursuit. Towards the end of the first lap, at the daunting Blanchimont sweep, Parkes' Ferrari slid on some oil from Stewart's BRM and crashed heavily, its driver suffering serious leg injuries, a broken wrist and a head injury which ended his F1 career.

Rindt faded early on leaving Stewart to chase his fellow Scot while a recovering Gurney had moved up to third. To the crowd's astonishment, Clark pulled in to the pits on lap 12, with the Eagle in tow! The Lotus' stop was prolonged while Clark's mechanics tended to the car's engine, changing its plugs, but Gurney made only a brief halt to complain of low fuel pressure and a misfire, and was waved on. 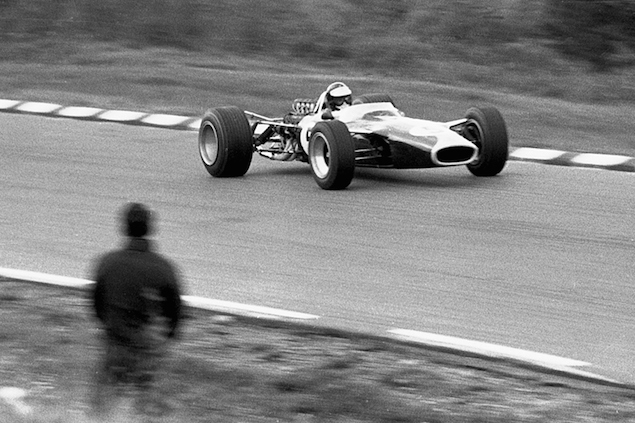 Back on track, Gurney set out on regaining the ground lost to Stewart's leading BRM. The gap between the two stabilised at around 15 seconds, but the Scot suddenly encountered gear-lever problems, forcing Stewart to hold the lever with one hand and steer with the other; a rather chilling prospect when storming through the Masta kink at over 250 km/h. Eventually, the Eagle caught up with the BRM and on lap 21 both cars raced down towards Eau Rouge side-by-side, Gurney sailing into a commanding lead on the run up the hill to Les Combes.

There was no looking back for 'big Dan', the Eagle-Weslake V12 looking and sounding beautiful, until oil spraying out of the catch tank on to the exhaust pipes produced an ominous looking blue smoke. But in the end, it all held together as Gurney took a resounding victory at a record breaking pace over Jackie Stewart and Chris Amon.

"I just gassed it and hoped for the best"

"I even ended up getting the lap record," Gurney recalls. "And back then it was far and away the quickest F1 record! I must admit though that I wasn't all that confident when I was out up front. Because of the misfire, I was expecting the Weslake to expire at any time. I just gassed it and hoped for the best."

Gurney's triumph put him in a league of his own, as he became the only American ever to win a Grand Prix in a car of his own making, and the only driver to take maiden World Championship race wins for three different constructors - Porsche, Brabham and Eagle. It was a tremendous achievement for himself and the entire AAR team, and one which put Dan's own existence into perspective, as he remembers.

"After the race, I got on a plane and thought, 'Well I could crash now without any regrets as I've made the history books.'" Indeed, he had!