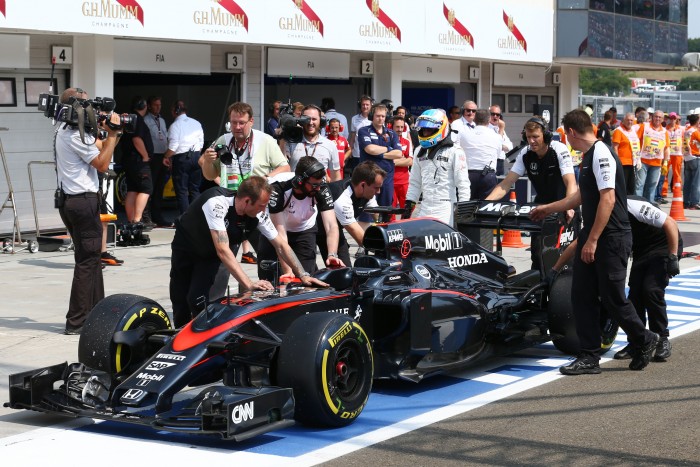 My one rule for the F1 summer break is that it must not involve airports. That’s why I found myself queuing for a ferry a couple of days ago, musing on the fact that the long line of cars, motorhomes and caravans seems to be the last place on earth you still see men smoking pipes, usually wearing socks and sandals and silly shorts.

Annoyingly, given that the F1 regulations state we are not even supposed to think about the sport during these two weeks, I couldn’t help reflecting that the only thing you are less likely to see these days than a man smoking a pipe is any sign of a McLaren-Honda revival. At the mid-point of the season, you’d have to say the performance of the Anglo-Nippon alliance is one of the biggest disappointments of the year. Disappointing yes, but hardly surprising given Honda’s absence from the sport for so long and the unwillingness of the Japanese to think outside the box, or at least outside any box that isn’t marked “made in Japan.”

Personally, I don’t see why they should be doing much better than they are, but the Honda PR machine insists on telling us that happy days are just around the corner. Currently it’s a real waste of Button and Alonso’s talent, compounded by the fact the Spaniard insists on making crazily optimistic pronouncements – maybe he’s smoking a pipe too, but filled with wacky-baccy. A bit of a history lesson for you Fernando, when Ayrton Senna wasn’t happy with his Honda engine, he made his feelings known very publically and it seemed to do the trick. Unfortunately, we all have to pretend to love one another these days, so that sort of behaviour is considered unacceptable, which is why Red Bull have come in for some flack for pointing out the bleeding obvious: Viz. Renault’s (low) power unit can’t pull the skin off a rice pudding. That would be another of my regrets of the first part of the season; Daniel Ricciardo not being able to reproduce the form that made him the most exciting driver to watch at the wheel in 2014.

At least with two very exciting Sundays in Budapest and Silverstone, there’s been less talk about the sport being in crisis recently, a topic that dominated the headlines for too long from Melbourne onwards. One of the great ironies of the brouhaha surrounding F1’s future is that while outwardly it embraced the trend for inclusivity, asking you the fans what you wanted to see, it decided that only a handful of teams would be involved in any decision-making process. Asking the fans what they want – a bit like asking a cancer patient to decide if he needs surgery, chemotherapy, radiotherapy or a bit of everything, based on the fact he watched a few episodes of TV hospital drama,“ER” – was one of the many amusing irrelevancies of the first half of the season. That and a brief debate on how to get women drivers into F1. Whatever next? A survey asking women fans what they want to see in F1 maybe? 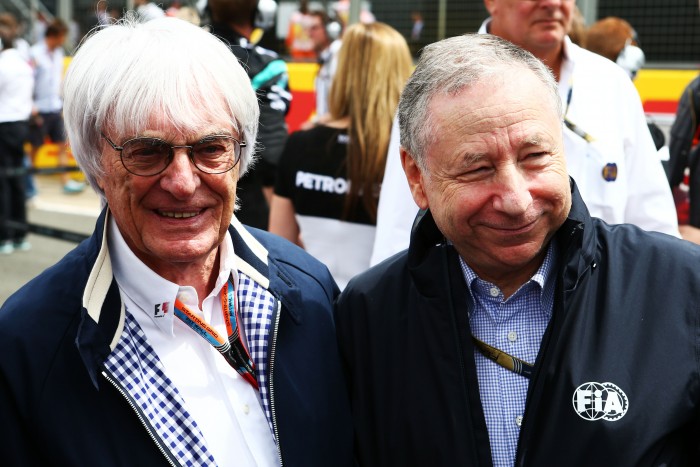 Don’t worry, the F1 Strategy Group will save the day, or so it claimed. However, there was one glaring fault in this argument, namely that, as anyone who’s ever read “How To Run A Business” Volume 1, Chapter 1, Line 1, can tell you, before you can have a strategy, you need to have defined objectives, otherwise how the hell is your strategy going to know what to aim for? The sport’s governing body, the FIA is part of the Strategy Group and any right minded person might ask why the FIA isn’t just laying down the law itself, as that is what the governing body is meant to do, but that would be forgetting the fact that the sport’s commercial rights holder baled the FIA out of a spot of financial bother, thus effectively gagging it. The net result is that, like another famous Frenchman, Marcel Marceau, the FIA president has hardly said a word this year and worse still, his hands are tied, which means that unlike Monsieur Marceau he can’t even use them to mime the fact he’s trapped in a glass box of his predecessor’s making.

On the plus side after 10 Grands Prix, we’ve had some great races and no one can fault the British Mercedes team, who are doing a fantastic job, even if apart from winning this year’s championship, it will also take the title for F1’s most irritatingly smug and self-satisfied twitter feed. It’s driver Lewis Hamilton is doing what we like our sporting heroes to do, invoking the spirit of James Hunt, by hanging out with rock stars, smoking cigars and having a lion tattooed on his chest – just don’t let any Minnesota dentists see you with your shirt off Lewis. 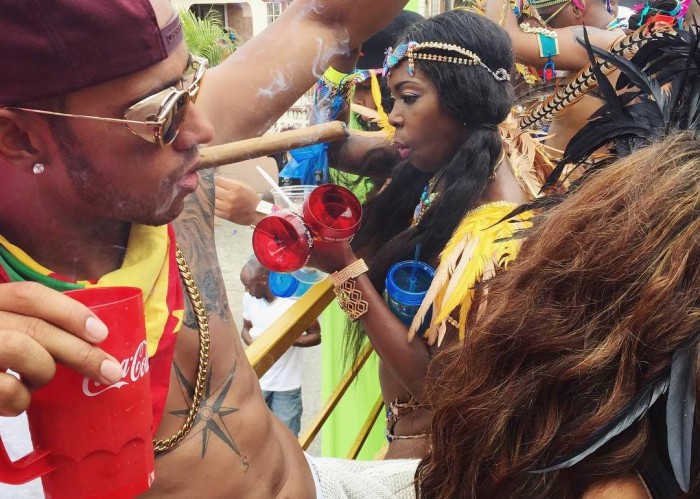 The Ferrari miracle continues apace which is great for the sport and some sense has been applied to the over-regimented application of rules, with the cancellation of some of the ridiculous engine penalties, which meant it was hardly worth some drivers starting a race. I would suggest penalising drivers with having to do good deeds in their local community for such transgressions as speeding in pit lane, crossing white lines, exceeding track limits, causing an avoidable collision. That way we might see some more brave and fearless driving which is what F1 is supposed to be all about. 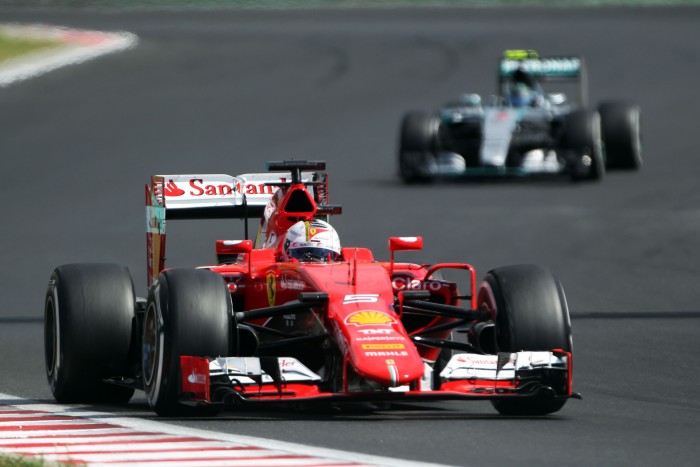 Looking ahead, within the next 50 days we will have raced in Spa, Monza and Suzuka and that’s my definition of F1 heaven. There’s also a return to much loved Mexico after the always entertaining week in Austin. All is well with the world therefore, or maybe not as more than one team appears to be staring financial ruin in the face. But the beauty of this sport is that, as with the mythical Hydra, if you cut its head off, two more appear and already the Haas F1 outfit is coming along nicely for 2016: we will have to wait and see if Gene really knows his haas from his elbow. Like this ferry, it’s a case of full steam ahead for another nine Grands Prix, but hopefully without a lingering smell of vomit mingled with a whiff of pipe tobacco.