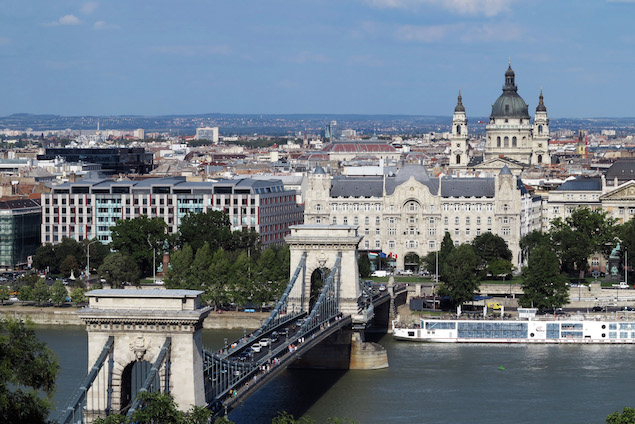 Well, I’m not sure if I can think of much to moan about this week; maybe it’s the imminent arrival of the summer break, or maybe it’s the memories from our early years here in Budapest back in the late Eighties, when the locals were just so bloody grateful we’d turned up.

I missed the first Hungarian GP in ’86 as I was working on the Metro 6R4 Group B rally programme with Austin Rover. On the strength of that less than successful campaign, I still get the odd phone call from people who have a sow’s ear needs converting into a silk purse and reckon I’m the man for the job.

So I turned up in ’87, driving a Ford Sierra Estate from the Larrousse F1 team’s Paris base and was amazed to see machine gun-toting guards on the control towers at the Hungarian border. It really was an Iron Curtain. They seemed quite interested in me at Customs, possibly because the weight of a Ford Cosworth DFV engine in the back meant my headlights were pointing straight into the eyes of the trigger happy squaddies 80 feet above me.

Living in our little bubble at the Hungaroring, with food shipped in from “the West” we were not fully aware of the depredation the locals had been subjected to and the terrible difficulty they had in just getting the bare essentials, thinking nothing of queuing for ages for a loaf of bread or a vegetable. Most of the restaurants had little to offer - a bit like Sochi last year - although if you got into one of the posher establishments, you could dine on caviar and goose liver for the cost of a burger. These days the price of a burger buys you … a burger and the team caterers can stock up at the local Tesco, just off the motorway that goes from the city to the track. 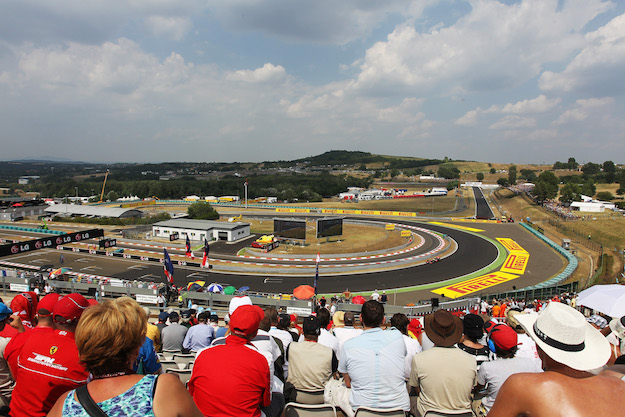 It’s fashionable to say Hungary was more authentic when we first went there, but try telling that to the citizens of Budapest for whom “authentic” was just another word for “shit.” Getting out of Hungary was pretty much impossible for Hungarians, which is why the race trucks would be thoroughly searched as they drove out of the country. Smuggling girls out in the fibreglass tubes teams used to carry their rims was not an urban myth and some even married F1 blokes, just to get to the other side of the Iron Curtain. Mind you, once Communism crumbled so did most of the marriages.

The Hungaroring itself gets bad press, but it’s not that dull and we’ve had some good races there in the past, despite the fact it’s so difficult to overtake. You also get a great view of almost the entire track from the media centre, although you can’t quite see the site of the now defunct “Erotik Camping Village.” This was a fantastic facility for the working girls who previously had to ply their trade with racegoers in the back of a Trabant: in fact, given the enthusiasm of the clientele we can assume the famous East German Trabi wasn’t the only 2-stroke wonder involved. The girls also had a blanket but this wasn’t for some sort of romantic pre-schtupping picnic; it was to throw over the Trabant so the occupants could carry on without an audience.

Being a bunch of philistines, we F1 folk have probably not made the most of the fantastic history and architecture of the city, reckoned to be the Paris of the East (which might not be such a great nickname, since other cities such as Baku, Beirut and Kabul also claim it as theirs). We all know Heroes Square however, as our competitive nature means we’ve all been guilty of some dodgy driving around the statues of famous locals. When we first started coming here, the legendary Innes Ireland, GP driver from the Sixties and at the time a journalist, had a thrilling race to the track at the wheel of a Lada, but he was no match for the McLaren team principal, who simply short-cutted the square to take the lead. I once playfully nudged the back of Gerhard Berger’s hire car at the lights at the Square, a move I instantly regretted as the Austrian simply selected reverse and rode up the raked nose of my Honda loan car. 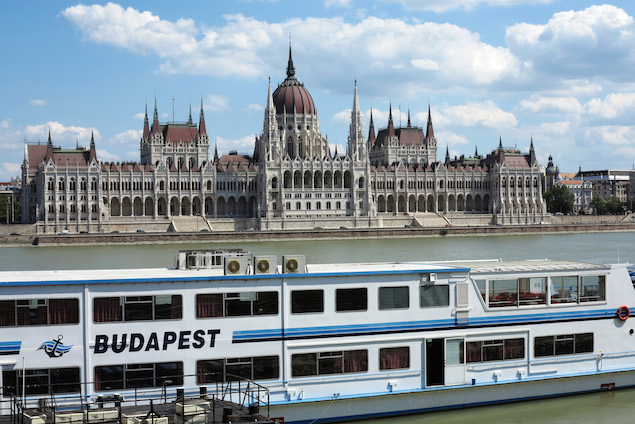 If there’s one aspect of this event that I’d report to the Trades Description Police it would be the river Danube. If you’ve never seen it, you might imagine it to be blue, or even Blue, with a capital “B”. But it’s not, it's a filthy brown colour and, when it burst its banks a few years ago, it turned out to be incredibly smelly too. In the days when Mercedes was an engine supplier, it would take the media for an evening cruise, which was very nice thank you, except that having a party on a moving vessel has one huge disadvantage: you can only leave when your host says so, not when you want. Once I’d had my fill of goose liver brioches and vodka I was keen to disembark, especially as these parties always featured another Magyar minus point, the Gypsy Violin Orchestra. There is only so much scratchy violin music a man can take, especially when it’s accompanying a local singer, with a finger stuck in one ear, waxing musical about the failed turnip crop or the death of his prize sow. (As with the earlier mention of sows, there was no silk purse to be had here either.)