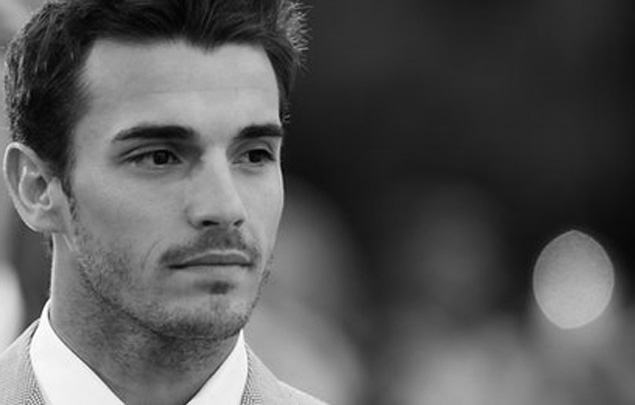 Jules Bianchi’s untimely death after fighting nine months in a coma is a brutal reminder of his family paying a heavy toll to their passion for motorsport. Indeed, racing has been in the their blood for several generations, so let’s take a look at their successful, yet doomed destiny in the sport.

The story began before the Second World War when Jules’ great-grandfather Roberto Bianchi served as a mechanic for Alfa Romeo, more specifically at Scuderia Ferrari. The latter prepared and entered racing cars for the former, with 1930s legends like Tazio Nuvolari starring behind the wheel.

Coming from the Milan region, Roberto immigrated to Brussels in 1950 in order to work with Johnny Claes, the first Belgian national to compete in Formula 1 with a yellow Talbot-Lago T26. Therefore, it was only natural for his two sons, Lucien and Mauro, to follow in Roberto’s footsteps at the family garage. Lucien quickly showed a strong potential, first as a co-driver and then as a fully-fledged racer. 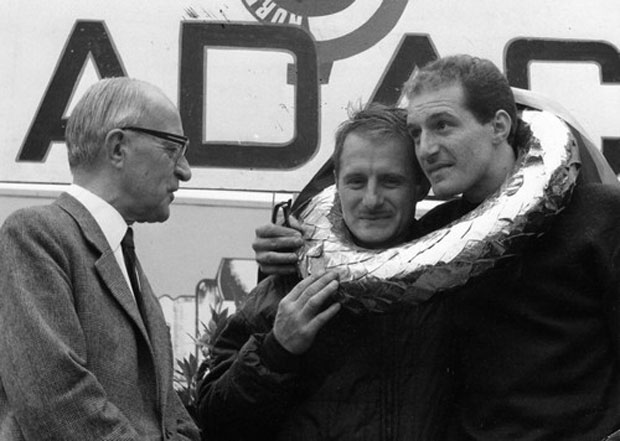 Despite limited funding, Lucien became extremely popular within the Belgian racing community and impressed in open-road events with three consecutive Tour de France wins (1957-1959) partnering Olivier Gendebien in a Ferrari 250 GT. A fourth – and historic – success would come alongside Georges ‘Jojo’ Berger as the pair drove a GTO to victory in 1964. But Lucien also shined on the race track, entering 19 Formula 1 Grand Prix (for 17 starts) between 1960 and 1968, and securing a best finish of third at the 1968 Monaco Grand Prix. 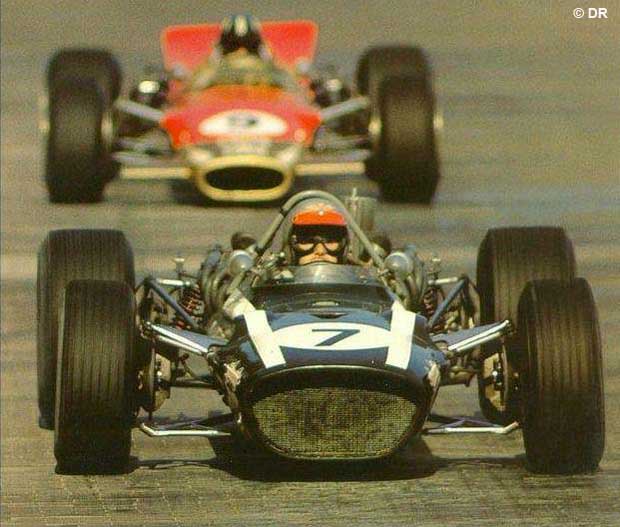 Like Jules, Lucien Bianchi’s finest hour in F1 came at Monaco where he finished on the podium in 1968.

But it was really in endurance racing that Lucien left his mark and claimed his greatest triumphs, including sharing an Alpine and the podium honours with brother Mauro at the 1965 Nürburging 500km. He was then picked up by Ford to become one of their works drivers, racing the stunning GT40 MkII and MkIV at the Le Mans 24 Hours. Partnering Mexican ace Pedro Rodríguez in the John Wyer-led Ford squad, Lucien won the French long-distance classic in 1968. 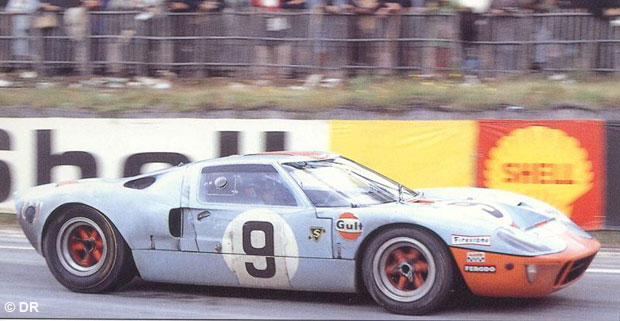 Lucien won the Le Mans 24 Hours in 1968, the year his brother Mauro crashed and was severely burnt...

Lucien proved equally successful in the US as he secured victories in the iconic Sebring 12 Hours and 6 Hours of Watkins Glen, and even had a go at the legendary Indianapolis 500. Simultaneously, he was still competing in rallying, winning Belgium’s Liège-Rome-Liège – also called “Le Marathon de la Route” – and starring in the grueling London-Sydney marathon in January 1969. For that event, Lucien partnered Jean-Claude Ogier (no link with double WRC champion Sébastien) in the works-entered Citroën DS. 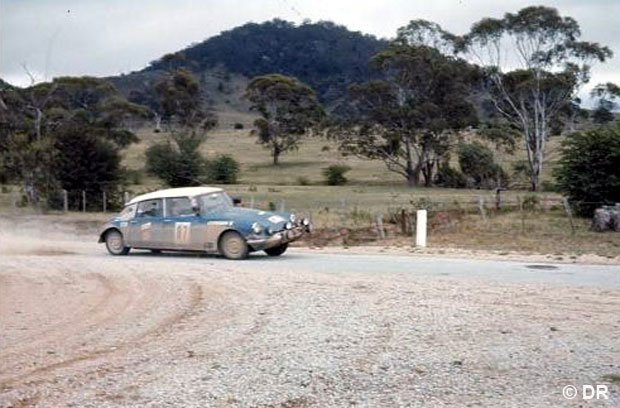 Lucien, pictured here leading the London-Sydney marathon, was one of the greatest all-round drivers in motor racing.

Sadly, Lucien Bianchi’s eclectic career was cut short when he died aged 34 while setting up the Alfa Romeo T33 prototype during the 1969 Le Mans Test Day.

One year earlier, his brother Mauro had already been seriously injured when his Alpine A220 caught fire at Le Mans. It took a long time before he could extricate himself from the burning wreckage. As the Bianchi family mourned Lucien, it came to the conclusion that his death was too much to bear and swore never to take chances again in such a dangerous sport. 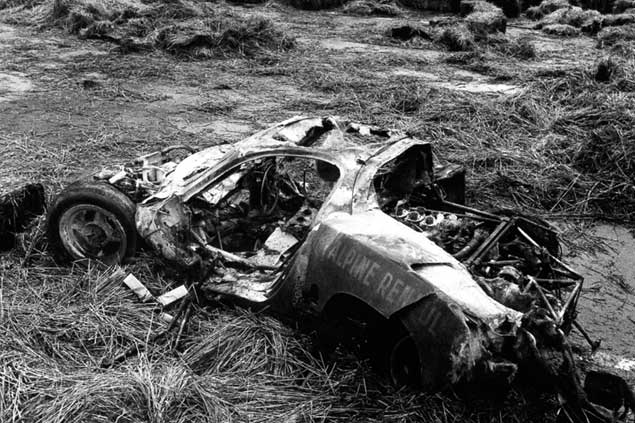 Mauro Bianchi’s charred Alpine A220 after his 1968 Le Mans crash.

This is why Mauro Bianchi’s son Philippe (who was born in Dieppe, Normandy after his father moved there during his Alpine years) never actually raced himself… but helped young talents learn the ropes instead. By managing the Brignoles karting centre, Philippe contributed to developing the sport in the south-east of France and it became a natural playground for his son Jules. His talent behind the wheel quickly led Philippe to encourage him to compete, but only after obtaining the blessing of grandfather Mauro. Things had gone really well for Jules, who was destined for great things, until that fateful day at Suzuka, on October 5 2014.

PS: Jules was surprised to find out there was a “Lucien Bianchi Corner” at Zolder when he raced at the former Grand Prix venue during his 2009 F3 title-winning campaign. He then grew more aware of his granduncle and grandfather’s past motor racing achievements. “My grandfather had never really talked much about Lucien,” Jules told me once. “Although he died 40 years ago, the wound is still quite deep. He just told me that Lucien and I had a similar attitude: quite shy in the everyday life but the total opposite behind the wheel!” 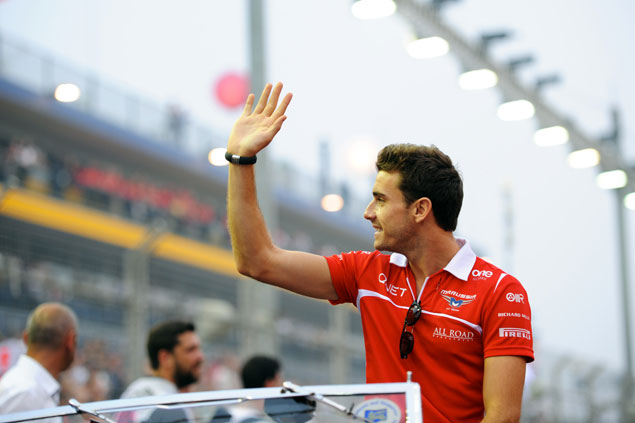 RIP Jules: May you rest in peace alongside your granduncle Lucien and other champions we’ve lost too early.

Upon leaving the traditional FIA press conference held on Thursday at Spa last August, Jules looked at me and said: “It’s nice to have posters of all these great Belgian drivers hanging on the walls. I’m proud to see my granduncle Lucien among them.” Farewell Jules!