If the trend continues, we will have to change the name of this feature, as Montreal is another venue that seems to (almost) meet with the approval of our resident grumpy old git. 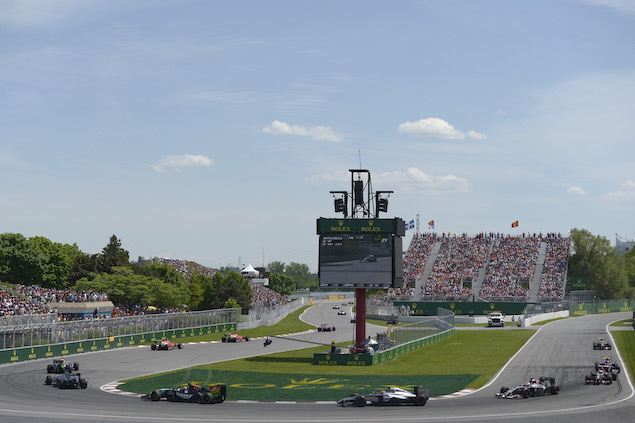 Monaco followed by Montreal; what on earth could be wrong with that. Well, one little detail for starters, it’s madness having two of the biggest “party” races back to back. Ten days just isn't enough time to recover from the Monegasque gas gas, to quote my mate Jumping Jack Flash.

Montreal is the second largest city in Canada and centre to the French-speaking part of the country, although “French” is something of a misnomer, as even real French people from real France find the locals hard to understand. Never mind; the citizens are very friendly and even if this is a big city, you get a small town welcome. In my case, this consisted of the drug-sniffing dog at the baggage carousel mistaking my right leg for its long lost cousine.

For us motor racing types the word “Lap” has a clear meaning, however, historians of sleaze will be aware that back in the early Seventies, the Canadian city of Vancouver was in the vanguard of Lap Dancing and Montreal seemed to embrace this “art form” with great enthusiasm. That meant many European F1 folk would fall over themselves as they left the airport, in their rush to reacquaint themselves with the city’s seedier side. It was all very Proustian, a sort of Remembrance of Thongs Past.

As a racing purist – why are you laughing? - I prefer to concentrate on the Circuit Gilles Villeneuve and my favourite sight in Montreal has nothing to do with the city’s fabled nightlife. To get from the car park on one side of the rowing basin, to the paddock on the other, one walks across a pontoon that just sits on the surface of the water. I love watching the team bosses crossing it and you can see the look of mental anguish in their eyes as Toto, Maurizio, Ron, Christian et al contemplate taking one step sideways to see if they really can walk on water. Go on gentlemen give us all a laugh. 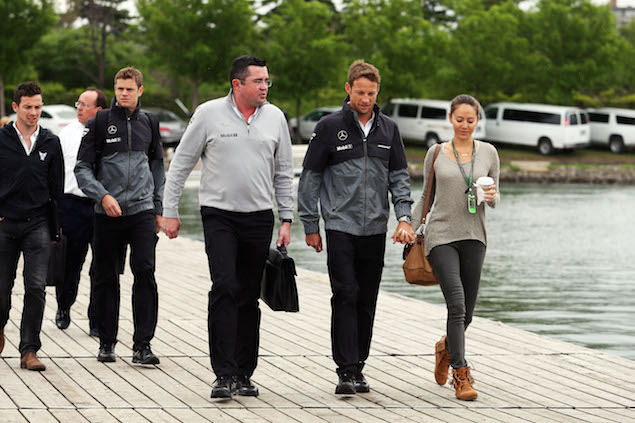 The old adage that work expands to fill the time available also applies in F1 and, while in Mokpo or at the Nurburgring, personnel are happy to stay at the track late into the night, here in Montreal, everyone seems to get through the job list in double quick time to head off into the city and its great restaurants and bars. It’s slap bang in the middle of the seafood season now and if you’re crazy for crustacea you’re well served. However, beware all that special cutlery they give you to deal with the shells, the sort of thing only gynaecologists know how to use. With all that wildlife wandering around further north, the meat’s pretty good too, but the chocolate moose is an acquired taste.

You get the impression that, had it not been for the Villeneuve family, F1 wouldn’t be such a big deal here, certainly no match for ice hockey in terms of popularity, as the local team, the Montreal Canadiens have won the sport’s blue riband series, the Stanley Cup a record 24 times. It’s been a while mind you, as the last victory came in 1993 on the same week as the Grand Prix. The city was wrecked by fans who turned ugly, vandalising shops, hurling bricks through windows and burning police cars. I hurried back to the safety of my hotel pausing only to hear a young lady ask her boyfriend if he’d steal her a fur coat out of a shop window. “What do you think I am?” he retorted. “Made of bricks?”

On the topic of the Villeneuves, everyone seems to have forgotten there are actually two Jacques Villeneuve, as the 1997 World Champion’s uncle goes by the same name. He was the first Canadian to win a CART race, but failed to qualify at his three attempts to start a Formula 1 Grand Prix. By my reckoning, eight other Canadians tried their hand at F1 with no notable success. 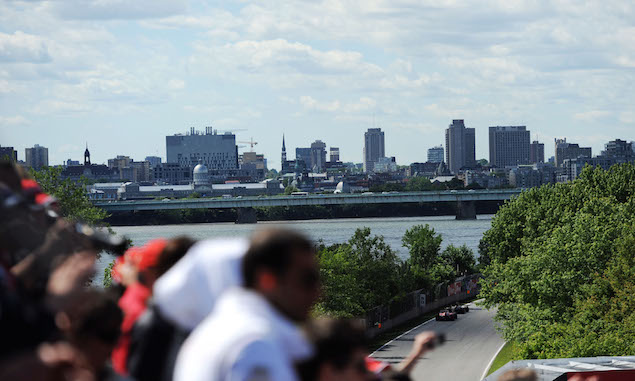 If you want to believe the running order on the F1 calendar is planned, rather than just thrown together, you could make a case for saying that Montreal naturally follows Monaco as the drivers get their eye in at driving very close to the barriers in the Principality, before coming here to do so at much higher speeds. In short, the best feature of the Circuit Gilles Villeneuve is that it’s bloody quick and pretty dangerous and thankfully, the health ‘n safety lobby haven’t managed to spoil it. The island track was originally home to “Expo ’67,” from the more innocent time when world fairs and the concept of the brotherhood of man were not seen as naïve. “It was the summer of love and the summer of Expo,” wrote a local hippy poet. But while making love remained popular, making Expo fizzled out and the following year the island was used for some sports at the 1968 Olympics, notably rowing, with the basin running behind what is now the paddock.

When F1 took itself less seriously, teams used to organise a raft race across the rowing basin on the Thursday of GP week: the Ligier team actually floated their spare chassis across, possibly going faster than it would in the race, while a Japanese team, showing all the ingenuity McLaren hope Honda will soon be displaying, concealed divers with flippers under their craft, thus cheating on the “maximum 4 rowers only” rule.

Somehow, you just know that this year’s money shot for maximum TV time, if Lotus care to organise it, would have to be Carmen Jorda stroking a beaver…

I’ve touched briefly on all the lovely animals one can eat in Montreal, but the city’s most famous fauna are the animals who seem determined to commit suicide-by-F1-car at this track. Seagulls, groundhogs and other furry beasts have all met a bloody end when they’ve ventured too near the track. The TV producers love the chance to cut to some cute cuddly animals. It makes a change from missing the action to see what a team principal is up to, or the shot where the cameraman scans the pits for close-ups of drivers’ girlfriends. Somehow, you just know that this year’s money shot for maximum TV time, if Lotus care to organise it, would have to be Carmen Jorda stroking a beaver…

As with Interlagos in Brazil, there’s talk now of modernising the paddock and as you can imagine “modernising” is not my favourite word, as it generally means robbing a place of any character. The facilities in Montreal are small, but somehow we all rub along and, as fewer and fewer people seem to be allowed in the paddock anyway, I for one would be happy to see it stay the way it is. 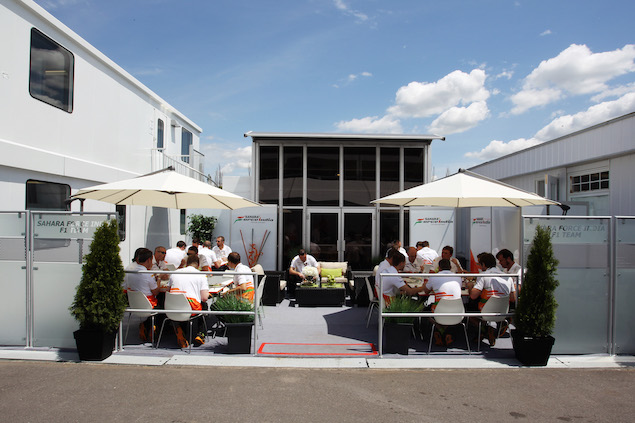 Pulling out all the stops to improve the brakes

Between the lines at the Canadian Grand Prix