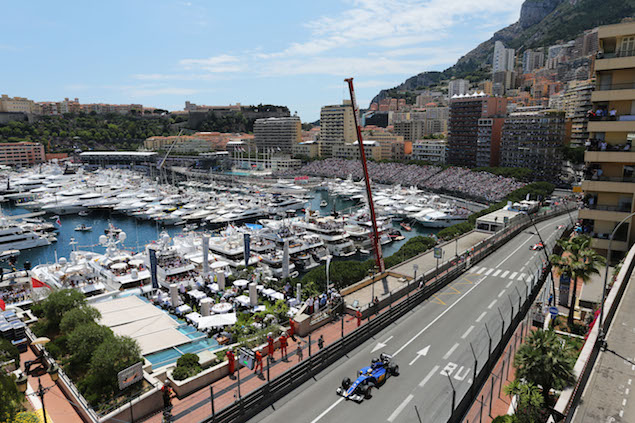 What a weekend, what an event, what a race! Yes, indeed Monaco is everything they says it is, a crazy weekend full of glamour and excess, a glittering jewel in the crown of the world’s top racing series, a totally rubbish race that now that the cars are nice and quiet allows everyone to sleep off their hangovers.

Anyway, we’ll get to all that in a moment. First off, before the race there was another meeting of the Strategy Group, which sounded very exciting, as apparently they were going to decide the future of Formula One, with all sorts of exciting things expected to be revealed. I thought this was a very good idea as Vlad told me recently that F1 is rapidly going to hell in a 1.6 litre, turbocharged hybrid handcart and if it wasn’t for the fact that our American driver comes with a free supply of those hellish handcarts we’d be out of business.

Oddly, I didn’t receive an invitation to attend this high-level meeting of the F1 brains trust, so I asked our PR Camilla why. She said she was surprised too and added that clearly my presence would double the IQ level in the room. That was really nice of her and I think she’s really beginning to appreciate how much I bring to the party here.

Anyway, you can imagine how excited I was to find out the results of this meeting of great minds.

Well, I’ve got to say I’m a little confused by the outcome. I thought we were going to get rocket cars or something but it seems the big thing is that they want to bring back refuelling and let everyone race with whatever tyres they want. Oh, and they want to reduce lap times by five to six seconds.

Anyway, Vlad was away at the time – negotiating logging rights in the New Forest or something – so I had to ring him and tell him all the good news.

“What are F1 monkeys doing?” he sighed when he picked up the phone.

“Well, it looks like we’ll be bringing back refueling,” I said excitedly. “That’ll be good, won’t it? All those big machines and hoses and of course the fires and stuff. It’ll look great on telly. Plus, we’re going to get load of tyres and we’ll be going faster because they said making cars faster would be, you know, easy-peasy.”