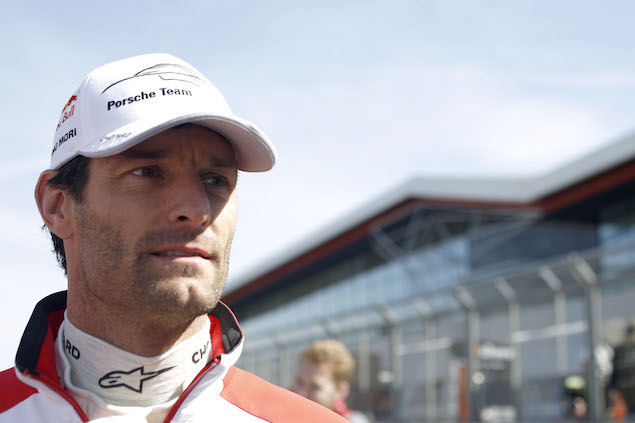 Mark Webber has never been scared to express an opinion, no matter whom it might upset and nothing has changed just because he’s racing in WEC these days. In Bahrain, over the race weekend, the Australian was frustrated to see his GP2 protégé Mitch Evans lose a potential podium finish because of that old bugbear, tyre management and he posted this rant on Twitter.

“Actually, it wasn’t just that, because Mitch has benefited (from the tyre management situation) in the past and even had wins thanks to it, so it wasn’t just that I was talking about,” Webber told me when we spoke a few days after Bahrain. “F1 has changed so much in the last five or six years, so that today, the engineers are constantly focussing on tyre performance and even in GP2 and GP3, a driver’s performance is all about how he manages the tyres.”

In case you hadn’t noticed, as from this season, GP2 has mimicked Formula 1 and introduced the Downforce Reduction System, aimed at facilitating overtaking and this is another aspect of the sport that Webber, a nine times Grand Prix winner, is not keen on.

“If you look at sports like football or tennis at an elite level, there hasn’t been a huge amount of change,” states Webber. “If you make the goals bigger in football is Messi happier? Probably not, because he has the ability. Unfortunately, people now expect to see 20 passing moves per grand prix, it’s sort of standard now. I think we could do with racing with less overtaking and better quality across the board. It’s absolutely not the drivers’ problem, it’s just that’s what they’re having to deal with. 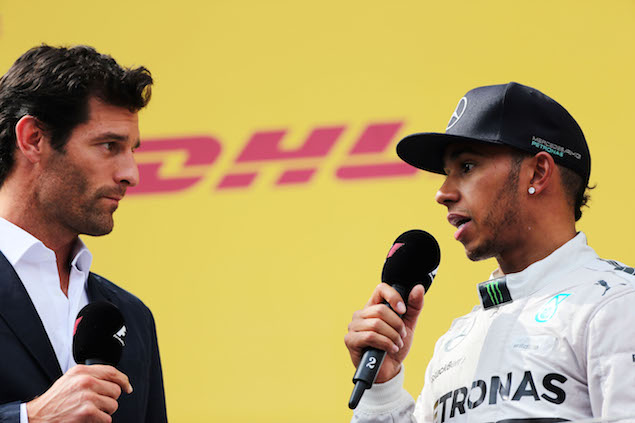 “I’m talking on behalf of the drivers at the front of the grid because they can’t say what they really feel. But I’m talking to them now. I’d love someone to do a stat on race pace with the 2015 race compared to the mid-2000s – probably Montoya would have lapped Seb in Malaysia three and a half times! But people aren’t looking at this. In the past, the limitation over the back part of the track in Malaysia used to be balls and how fit you were. Now its ‘save your tyres.’”

What Webber wants to see in Formula 1, and who would disagree with him, is a better balance between the show and the sport so that the best drivers can shine and are pushed to the limit.

Michael (Schumacher) was very disappointed when he made his comeback: Yeah, he wasn’t at his peak but clearly he was disappointed that the racing wasn’t the way it had been.

“It’s just a shame they haven’t found the right balance,” affirms the Australian. “Probably the best thing they’ve done in the last 5 years is to add some sparks! There needs to be more of a physical component and more reward for guys who’ve been more disciplined in that area. In tennis, I don’t think Roger Federer wants to have the net lowered. Drivers need to be stimulated. I mean I didn’t have the talent of some of the guys I was racing with, which is why I only got the results I did, but the guys that have got more talent were not happy. Michael (Schumacher) was very disappointed when he made his comeback: Yeah, he wasn’t at his peak but clearly he was disappointed that the racing wasn’t the way it had been.”

Webber believes the current F1 technology is interesting but wonders why it’s the overriding topic.

“There are certain things going on and we seem to have to tell everyone what we are doing with the technical and sporting regs and what’s happening. Why not just get on with things? There is no need to wash your laundry in public. The end result is what it is. You don’t need to try and explain everything. Most people I talk to are intimidated by what DRS is, what the Softs and Supersofts are, they feel they can’t just turn on the TV and understand what they are watching.

“All these vast changes, whether it’s to the regulations or the penalties or the tokens – who cares? When you’re inside the sport, you think it’s important, but when you’re outside, people are just not bothered, they just want to see cracking good car racing with the best guys fighting it out.” 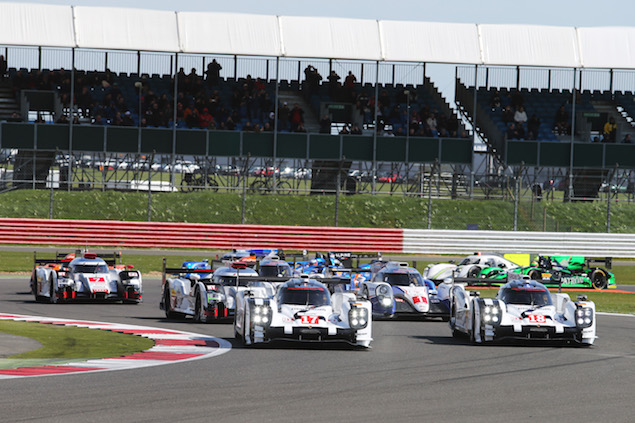 “Formula 1 should be 15 seconds (a lap) clear of any other category and as drivers and spectators you should experience nothing else like it, it should blow you away. But currently you have at least two other categories that are within 2 seconds in a race. Maybe we should enter an F1 race with a WEC car, we might score some points and we are 250 kilos heavier!

“F1 needs to be the pinnacle and, on an engineering and technical side, it is. But in terms of the drivers pushing on the limit for two hours, it is questionable at the moment. The current drivers are frustrated, they want more, I know they do. I’m not saying undo everything, because even in the mid-2000s there were boring races. But why were the grandstands full back then? Because the fans were watching something they’d never seen before.

“I just want it to come across that I want it to be awesome again. I’m not sticking up for WEC particularly, I’m trying to take a balanced view. If you watched the Silverstone race, (the opening round of the current WEC championship) it was a good car race, but you don’t expect the fans to sit down and watch all six hours, or at least not many of them, but that’s the way the sport is.

“But plenty watched Murray v Djokovic in the Australian Open for four hours, because every point was important and you knew they were on the edge, which is what Formula 1 should be. It should be about people going to the limit. You also need to bring earplugs back! You need that, you need to be able to hear the cars five kilometres from the track!” 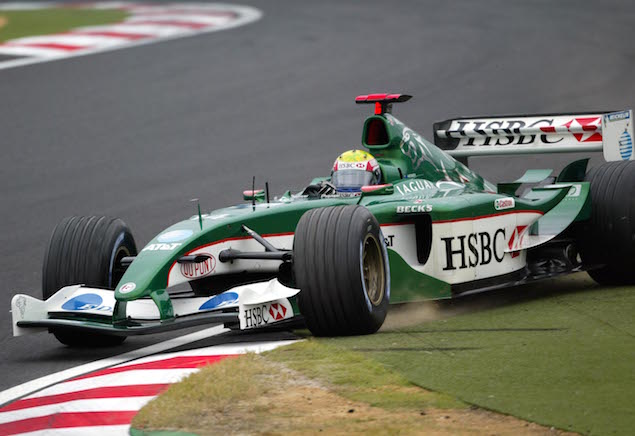 Webber feels the sport is not unpredictable enough any more, with just about every conceivable situation covered before the cars turn up at the track.

“It’s like Valentino Rossi said, it’s nearly like it’s almost over before it starts,” adds Mark. “There are no rough edges anymore; everyone turns up to races and everything is executed to perfection with such precision, but honestly, I don’t know the way round it.”

In simple terms, Webber would like the modern Grand Prix car to be a bit more of a beast.

“There’s no doubt that Verstappen is a talent but after just a handful of races, he’s already ahead of the car. F1 shouldn’t be like that. F1 cars should command more respect. When you warm one of them up in the garage for the first time it should be a case of ‘f***ing hell! I’ve made it to here and now I have to crack this final mission.’

“When I quit F1 I said to someone about the current cars, ‘we’re qualified, we’ve come through the ranks, so that effectively we’re qualified to fly F18s, but now we’re flying passenger jets. Talk to drivers who started in Formula 1 around the same time I did: we all came away from the first F1 test thinking ‘I’m not too sure about this,’ which is completely how it should be and that resonates with the fans. But I definitely don’t have all the answers…” 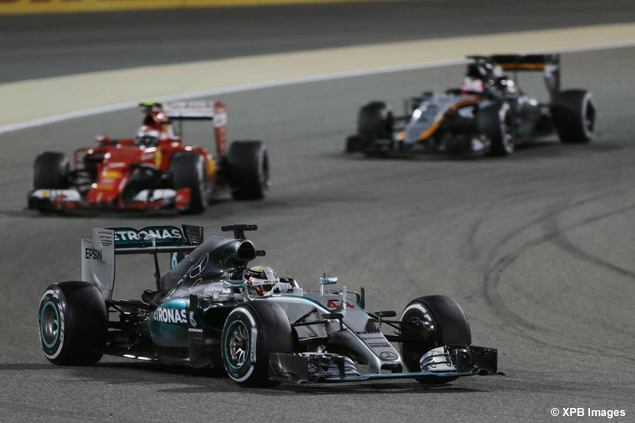